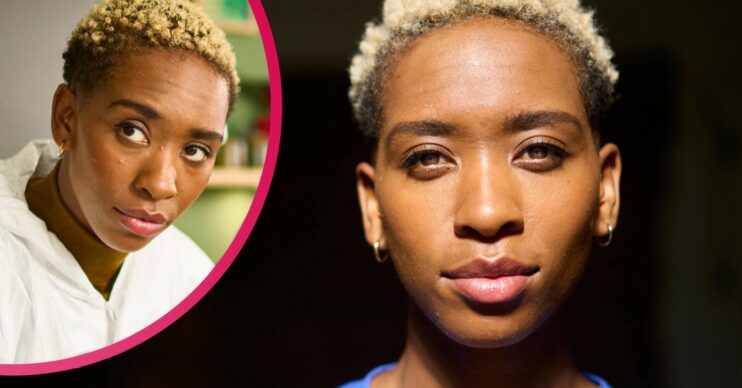 Silent Witness on BBC One: Has Genesis Lynea left the show? Is Simone coming back?

The special 25th anniversary series of Silent Witness has come to an emotional end, and Simone had a crucial part to play in the closing episode.

Fans of the long-running BBC One show have every reason to feel a bit broken right now.

Not only has the series ended after a shorter-than-usual run, but the character of Simone Tyler appears to have left after just two series.

So has Genesis Lynea’s character Simone gone for good, or is she coming back in series 26?

***Warning: spoilers from the Silent Witness series 25 finale ahead***

What happened to Dr Simone Tyler in Silent Witness episode 6?

Episode six of Silent Witness series 25 revealed that Ethan Daley was the man behind all the murders and DNA tampering.

Viewers know that Ethan was the brain behind the Vigil Network, a computer programme used by the authorities to identify prime suspects.

To add a dramatic twist, Ethan had Oscar Harris in his pocket.

Yes, behind that neatly-trimmed beard and doe-eyed looks, he’d been corrupt all along!

During tense final scenes, Dr Simone Tyler had worked out the whereabouts of Professor Sam Ryan.

She’d been hiding all along in an attempt to get to the truth of the DNA tampering.

Thanks to Simone, the Lyell team were able to arrive on the scene minutes after Oscar Harris and essentially save Sam’s life.

Simone had her own personal issues to cope with, too.

During series 25 of Silent Witness, Simone had looked for her long lost sister, who disappeared when she was 16.

In the final episode, she discovered her sister had started a new life in Trinidad and had two children.

Sadly, the sister had recently died in a boating accident, leaving her two children as orphans.

Heroically, Simone made the right decision to fly to Trinidad to meet her niece and nephew as they had no other family left.

At the end of series 25, Simone left the UK for Trinidad.

Nikki and Jack said their farewells at the airport.

When Jack asked her how she felt about it all, Simone answered: “I thought I’d feel more terrified, but I woke up this morning and felt really light.

After hugs, and good wishes, Simone ran to catch her plane.

Sadly, BBC One has confirmed that Genesis Lynea has left Silent Witness and won’t be returning in series 26.

Who will replace her?

The BBC has not yet confirmed who will replace Genesis Lynea as Dr Simone Tyler in Silent Witness.

We’ll be honest, we loved her character and we’re really going to miss her.

Viewers were bereft when Clarissa (Lizz Carr) and Dr Thomas Chamberlain (Richard Lintern) both left the show at the end of series 23.

Adam was the replacement in 2021, and he appeared in four episodes of series 24.

However, Silent Witness fans were shocked when he was killed off in episode 4 called Reputations: Part II.

Twisted Professor Alan Cowley (played by Nicholas Farrell) ran him over with his car, leaving him for dead.

Genesis arrived on the scene like a breath of fresh air in series 24, in the episode Brother’s Keeper.

She appeared in just 10 episodes before leaving the show.

Will Genesis Lynea return as Simone?

The BBC has confirmed Simone’s exit for the time being.

However, unlike some of Lyell’s employees before her, her character wasn’t killed off.

So scriptwriters have left the door open for the popular character to return.

She might be back one day in the future!

Silent Witness series 25 is currently available to watch on BBC iPlayer, as are all previous series of the BBC One show.

Are you sad to see Genesis Lynea’s character Simone leave Silent Witness? Leave us a comment on our Facebook page @EntertainmentDailyFix.