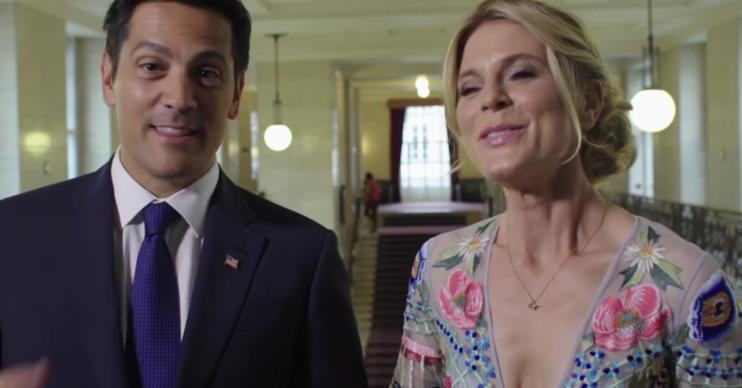 Silent Witness: Will Nikki and Matt split up after she cheats on him?

Is the writing on the wall?

With insiders at the BBC hinting she could grow close to Jack Hodgson in the upcoming 24th series, one question is on everyone’s lips.

Is she still dating the dishy American, played by Michael Landes?

Forensic pathologist Nikki, played by Emilia Fox, has been somewhat unlucky in the love stakes.

There was adulterous Ryan, tragic James Embleton and even serial killer Greg.

What happened with Nikki and Matt?

Things looked up in 2017 when she and Matt were the centre of a two-parter called A Special Relationship.

Matt worked for the US ambassador and met Nikki when an American embassy employee was found dead on UK soil.

Nikki and and her colleagues from forensic centre the Lyell  teamed up to investigate.

They uncovered a killing spree and it wasn’t long before their professional work spilled over into their private lives.

Actor Michael told The Radio Times: “Nikki and Matt had a spark instantly when they meet and that blossoms into a nice cosy love affair. You never know how love connects and people connect.”

Why did he go back to America?

With their case over Matt was offered a job back in Washington and Nikki encouraged him to take it.

Despite living on different countries the pair decided to make a go of the Transatlantic relationship and travelled back and forth to see each other.

So are Matt and Nikki still an item?

Matt’s character returned in series 23 for the second episode and the pair are considered to be very much still an item.

Since then viewers have wondered what happened to the love affair, and they may get answers in the future.

Asked if he thought Nikki could have found ‘the one’, Michael said: “She hasn’t had a guy stick and I’m assuming people love her character so if they love her, I think TV audiences sometimes take ownership of their lead character.

“Instead of asking for a father’s approval, I have to ask an audience’s approval.”

The last we saw of Matt he was heading back home to Washington.

Although he hasn’t appeared in series 24, he has been mentioned several times.

Jack has even said that they are very much still together.

But on Monday night viewers saw her cheat with her student – more than a little bump in the road.

Would you like to see Nikki settle with Matt in Silent Witness or get with Jack? Visit our Facebook page @EntertainmentDailyFix and let us know.