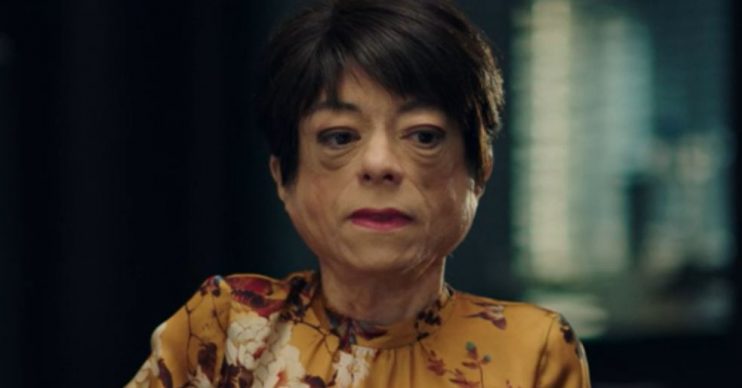 Her future after leaving Clarissa behind looks very bright!

Dr Thomas Chamberlain lost his life, and Clarissa announced she was headed for pastures new.

Liz Carr, who has played Clarissa since 2012, thanked fans for their support in a statement to the BBC.

She said: “After eight years of getting to play the fabulous character Clarissa Mullery, I’ve decided it’s time to leave Silent Witness.

“Originally only employed for four episodes as Jack’s side kick, I am incredibly proud that I leave as a main character in one of the BBC’s landmark dramas.

My hugest thanks go out to the audiences and fans who have followed me and Clarissa over the years.

“It has been a rollercoaster of a ride but I feel I’m leaving on an exhilarating high.

“I will very much miss the other Lyell regulars – Emilia, David and Richard along with my on-screen husband, Dan Weyman – I have loved working alongside them for the past 8 series and I leave knowing I have their love and support for my decision.

“My hugest thanks go out to the audiences and fans who have followed me and Clarissa over the years.

“Without your love for the character, I doubt I’d have made it through my first series! I hope you’ll understand why we felt it was time to leave and that you’ll continue your support for Silent Witness whilst hopefully following me in all my future adventures.”

She has now revealed her (very exciting!) plans for the future.

Speaking to BBC disability podcast Ouch!, she revealed that she is headed for Hollywood!

“It’s a Hollywood blockbuster,” Liz revealed. “I’m in a film that’s going to come out in August. I finished it before Christmas, it’s in post-production.

“The audition went brilliantly, but I thought, ‘I bet you they’re just going to audition wheelchair-users and then they’re going to give the role to Tom Cruise’.”

Liz also revealed that she has filmed a “hilarious” episode of the BBC’s genealogy show Who Do You Think You Are?

Every single darned moment with you has been the greatest pleasure on&off screen @thelizcarr . I feel so very lucky to know you, to have worked with you, to see you get the recognition you so deserve for Clarissa, for your acting and for being bloody wonderful you! So much love. https://t.co/liSjoeZBsl

She also told Liz to seize the world as she heads to Hollywood.

Tea time is never going to be the same again without #Clarissa. I miss you and I wish you didn’t have to go off and do Hollywood films, but I am also so thrilled for you that you are. Seize the world ⁦@thelizcarr⁩ you international superstar! pic.twitter.com/ruUAEqeYjj

Were you gutted to see Liz leave Silent Witness? Leave us a comment on our Facebook page @EntertainmentDailyFix and let us know.