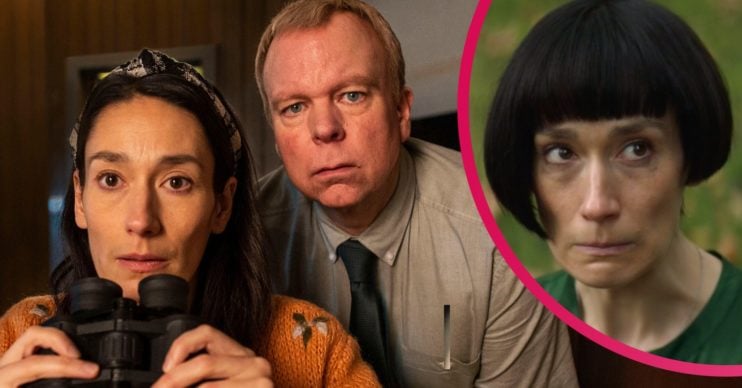 Sian Clifford guest stars as Iris in Inside No 9 – but what else has she been in?

Fleabag fans will recognise her as long-suffering Claire

Inside No 9 returns with another macabre tale in the anthology series, and this time Sian Clifford guest stars – but who is she and what else has she been in?

The actress will be well known to Fleabag fans, after her role as long-suffering Claire.

Here’s everything you need to know about the actress who plays Iris in Inside No 9.

Who is Sian Clifford?

Sian Clifford is a theatre and TV actress, who first appeared on our screens in 2012.

She is best known for playing Claire, the older sister of Fleabag in the BBC comedy of the same name.

Her theatre credits include Consent at the Harold Pinter Theatre, Pains of Youth at the National Theatre, and The Road to Mecca at the Arcola Theatre.

Growing up, Sian always knew she wanted to be an actress and took part in youth theatre.

She worked for three years as a writing consultant before being accepted into the Royal Academy of Dramatic Art (RADA).

In real life, Sian is a vegan and launched a digital wellness and meditation platform called Still Space in 2016.

What has she been in before?

Besides from her beloved role in Fleabag, Sian portrayed Martha Crawley in the ITV series Vanity Fair in 2018.

In 2020, she played Diana Ingram in the ITV series Quiz.

She starred opposite Matthew Macfadyen in the mini-series, which was based on the 2001 Who Wants to Be A Millionaire? Charles Ingram scandal.

That same year, she portrayed Tina Noakes in Two Weeks to Live.

Before that, Sian popped up in Midsomer Murders, White Lies and Liar.

Read more: Inside No 9: Who joins the cast opposite regulars Steve Pemberton and Reece Shearsmith?

Who did Sian Clifford play in Fleabag?

In 2016, Sian won her breakthrough TV role in Fleabag.

The first series was a huge success, and a second returned in 2019 to huge fanfare.

There was only ever 12 episodes of Fleabag over two series.

Season 2 concluded with a bittersweet finale.

Phoebe Waller-Bridge conceived Fleabag as a one-woman play during the Edinburgh festival.

It was never meant to be more than one series, but she relented to make two.

Speaking after winning a series of well-deserved Emmys, Phoebe said: “Even though it’s so nice to hear that so many people loved it […] it does feel like the story is complete…

“It does feel right to go out on a high. It doesn’t get higher than this, so it feels like the perfect way to say goodbye.”

However, she teased that fans might get a third season one day – but not anytime soon.

“She went on the biggest journey over the past two seasons, and she started as someone who sort of hated herself and ended up as someone believing that she could love again and forgive herself.

“I have to respect that arc and let her go and live for a bit.”

How old is Sian Clifford and where is she from?

She is currently 39 years old.

Is Sian Clifford married or single?

Sian is extremely private about her personal life.

There’s no sign of a soul mate on her social media sites.

In 2012, she was linked to fellow actor Tom Hiddleston after they reportedly enjoyed a number of dates.

Who does Sian play in Inside No 9?

Sian portrays Iris in Inside No 9 on BBC Two.

Iris is a professional lip-reader who Felix Hughes (Steve Pemberton) hires after becoming convinced his wife is having an affair.

Certain his wife is up to something with her boss Dmitri, Felix decides to hire some help to gather evidence.

When professional lip-reader Iris arrives with her powerful binoculars, the pair stake out a seedy hotel bedroom.

However, the pair are beset with interruptions from Eric Müller (Reece Shearsmith), a severe Germanic hotel manager who’s concerned with noise disturbance and the expiry date of the caramelised biscuits!

Needless to say, all is NOT as it seems in this darkly comic tale.

BBC Two Inside No 9