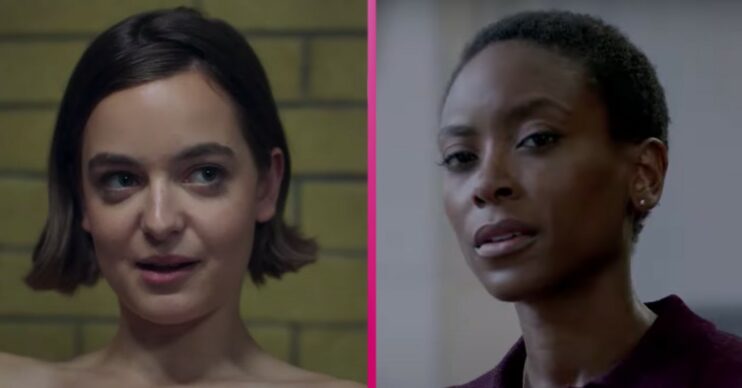 Showtrial on BBC One: How many episodes of the UNMISSABLE new drama and who are the cast?

Is a privileged suspect's background being held against her?

It dramatises how wealth, politics and prejudice distort the law.

Tensions will rise as the legal drama charts the progress of the case and the pressure mounting on those involved.

What is the plot of Showtrial?

When privileged student Talitha Campbell is accused of murder, the shocking case grips – and divides – the nation.

But with Talitha refusing help from her wealthy, estranged father, is her background being held against her? Or is she simply a callous killer?

When is Showtrial on BBC One and how many episodes are there?

Showtrial begins on TV on Sunday, October 31. It will air on BBC from 9pm.

There are five episodes in the series, all directed by Zara Hayes.

She is also the directing force behind documentaries Dian Fossey: Secrets in the Mist, Captive and Clothes to Die for.

He says: “The right to a fair trial and the idea of reasonable doubt lie at the heart of a civilised society.

“Showtrial explores how they can be distorted by other factors, in a world where concepts such as fairness, doubt and reason are afforded such diminishing value.”

The series is produced by Christopher Hall, who has been behind TV hits such as Bloodlands and The Durrells.

Where did filming happen for Showtrial?

Showtrial was given the green light in 2019 and was principally produced in Bristol.

Filming occurred earlier this year, including fairground scenes outside of the University of Bristol in April 2021.

Who is in the cast of Showtrial on BBC One?

Tracy plays Cleo Roberts, the solicitor tasked with defending her client against the odds. She has previously starred in Doctor Who, Quantico and Legends of Tomorrow.

Belgian-British actress Celine has had roles in Bridgerton as Kitty Langham, Endeavour and film War Horse.

James meanwhile will be recognisable to fans of The Tudors, where he played Thomas Cromwell, Grey’s Anatomy and True Detective.

Showtrial begins on BBC One, Sunday October 31, from 9pm.