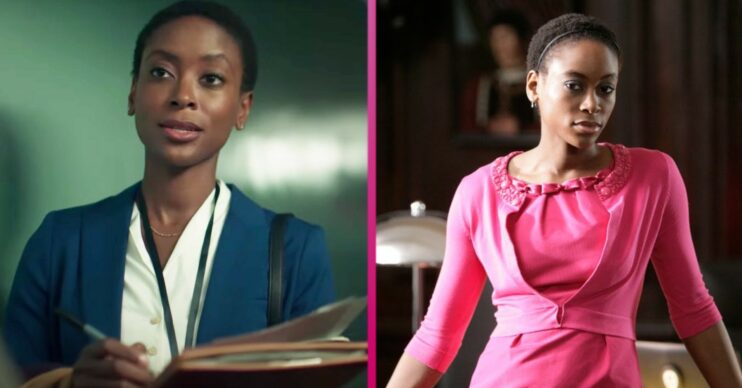 Showtrial on BBC One cast: Who plays solicitor Cleo Roberts? What other TV shows has she been in?

She’s handed an explosive case when privileged client Talitha Campbell is accused of a murder charge.

Cleo Roberts is a thrilling role for the Devon-born actress who has a number of US TV acting credits to her name.

But where have you seen Tracy Ifeachor before? Read on to find out.

Showtrial cast: Which TV shows has Cleo actress Tracy Ifeachor been in?

One of Tracy’s earliest TV appearances came on Casualty in 2009.

That same year she had a memorable role on Doctor Who in the festive and New Year’s Day 2010 specials.

Read more: Showtrial on BBC One: How many episodes of the UNMISSABLE new drama and who are the cast?

She acted alongside Homeland star David Harewood for the part, who played her character’s billionaire dad Joshua Naismith.

Tracy soon went on to make waves on US television, where she has thrived for over a decade.

She played pirate Nenna Ajanlekoko in NBC’s action-adventure series Crossbones. That same year, in 2014, she also appeared in the TV reboot of Hawaii Five-0.

The next year saw her cast in fantasy drama The Originals as Aya Al-Rashid. She then went on to play CIA officer Lydia Hall alongside fellow cast members Priyanka Chopra and Russell Tovey in Quantico.

In 2017 she landed the recurring role of Kuasa Jiwe in superhero series Legends of Tomorrow. And Tracy was also a lead star in Bourne-inspired action series Treadstone as Tara Coleman.

Away from TV, Tracy has appeared in films Blooded and Billionaire Ransom.

She is also a highly-acclaimed theatrical actress, who has appeared for the RSC, the National Theatre and the Royal Exchange in Manchester among many others.

Who else is in the Showtrial cast?

Read more: The Long Call on ITV: Viewers shocked by twist as they admit they ‘didn’t see it coming’

Showtrial begins on BBC One, Sunday October 31, from 9pm. There are five episodes in the series.