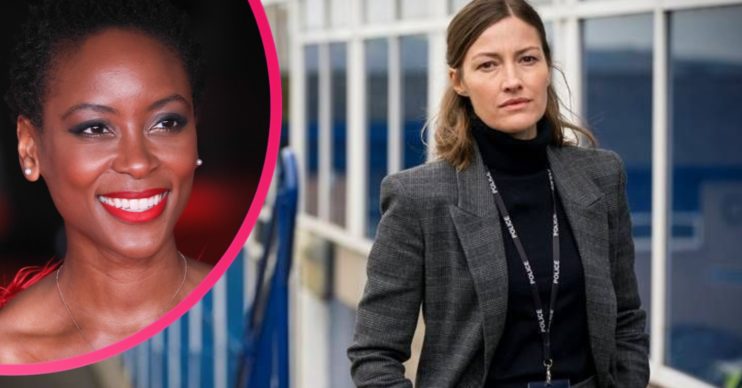 The drama is believed to be airing later this year

The BBC has unveiled the cast for its brand new drama, Showtrial.

The highly anticipated series comes from World Productions, who have also produced Line Of Duty and Bodyguard.

It will explore how prejudice, politics and the media can mess with the legal process, all with a dose of dark humour.

Read more: Line of Duty star Anna Maxwell Martin delights This Morning fans with how different she is in real life

The show will feature a cast full of familiar faces that viewers may recognise from other popular shows.

What is Showtrial about?

Showtrial tells the story of the daughter of a property developer. Things take a turn when she is charged with conspiring to murder her classmate. As a result, things quickly begin to spiral out of control when the trial begins.

“The trial that follows places victim and accused in the eye of a media storm,” reads the synopsis.

“Into that storm enters Cleo Roberts, the duty solicitor on the night of Talitha’s arrest. However, she refuses her father’s help.

“As a result, Talitha wants Cleo to lead her defence against a prosecution weaponising Talitha’s gender as well as her social privilege against her.

Read more: Line of Duty: Marcus Thurwell is NOT dead according to the latest fan theories

“From arrest to verdict, Cleo and defence vie with the prosecution to convince us of the truth about Talitha: Damaged scapegoat? Or cold-blooded killer?”

BBC producer Mona Qureshi shared hopes the show will be a huge success.

He said: “Showtrial is utterly absorbing, twisty, thought-provoking British drama at its finest. We’re delighted to have found the perfect cast to captivate the audience with this story.

“It is a brilliant ensemble of talented actors that feels modern, energetic, and perfectly suited for the complex characters and storylines.”

BBC One Line of Duty the bodyguard