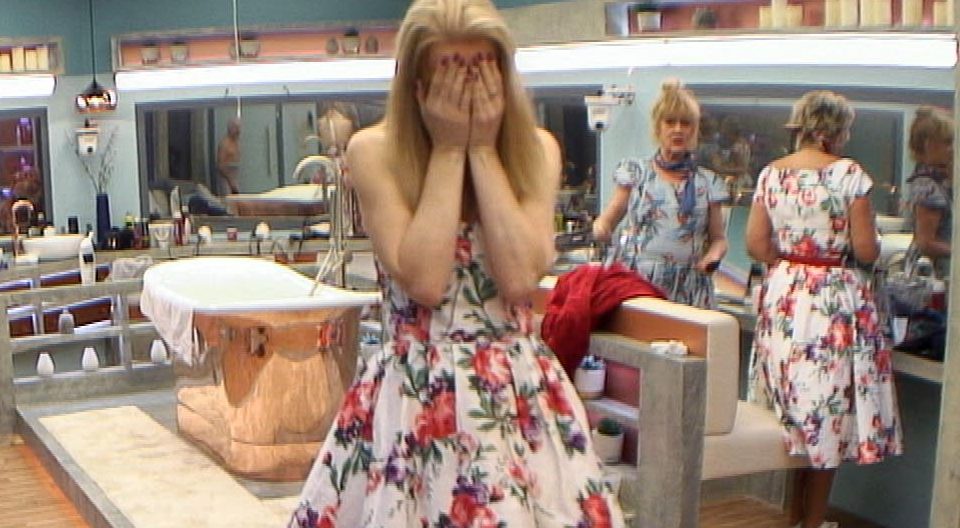 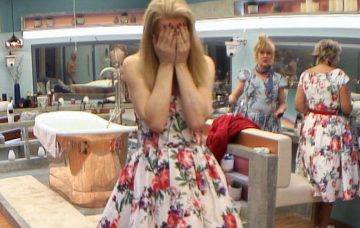 India's reaction is basically all of us!

Celebrity Big Brother viewers were left gobsmacked last night after being treated to FULL FRONTAL NUDITY from one cheeky housemate.

Although the show did warn beforehand that such scenes would air, it still came as a shock to many fans.

The X-rated moment happened when dancer Wayne Sleep wandered into the bathroom area completely nude, but holding a towel over the front of his body.

Some of the women were also in the room doing their make-up at the mirrors and facing the other way.

But when India Willoughby turned around and clocked a nearly-naked Wayne, 69, she shouted: “Oh my God!”

Wayne quickly wrapped the towel around his waist and laughed: “I thought you were facing that way!”

Amanda Barrie then turned around and quipped: “Have you had it out again? I’ve seen it!”

But Amanda told him: “You got it out the other night when you were facing that way and thought there were no cameras there. Listen, Wayne, I have to say, you may be little in some ways, but I’ve witnessed a big boy.”

Joining in the fun, Maggie Oliver then said: “Actually, Wayne, I missed it. Can you do it again?”

Read more: First housemate out of Celebrity Big Brother admits to messing up

Wayne happily obliged – probably not what Maggie expected! – and whipped off his towel to give the ladies a cheeky flash.

The result? Lots of shrieks from the women who couldn’t believe their eyes!

Well, it certainly caused a storm on Twitter, too! 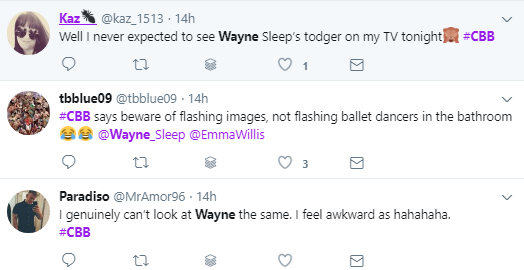 Maybe next time BB warns us to expect full-frontal nudity, we should actually take that warning seriously!