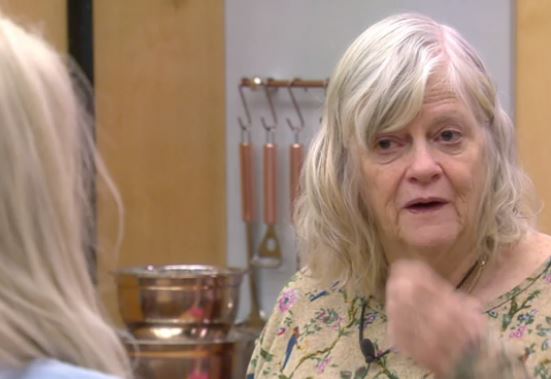 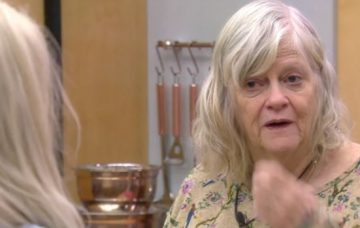 Ann Widdecombe has been told off again for using a male pronoun to describe transgender housemate India Willoughby.

The former Tory MP shocked viewers by describing India as “he” in scenes that aired on Thursday night.

And in an exclusive clip played on last night’s Celebrity Big Brother’s Bit On The Side, Ann once again used the words “he” and “him” while discussing India with housemates.

It didn’t go down well with Ashley James, who pointed out India is a woman and referring to her with a male pronoun could be hurtful.

The chat began when Ann, talking about India cleaning the kitchen, said: “I think he did everything.”

Rachel Johnson, who was nearby, admitted she’d also accidentally misgendered India – but not to her face.

Ann replied: “At least you haven’t done it with him. Her!”

Ashley told them she couldn’t understand why it was so hard to get the pronoun right, saying: “I really, really think of her as her.”

Ann said: “It’s our generation. I do think of her that way.”

“You do think of her as he?” clarified Ashley.

Ann said, yes, and added: “Therefore I am watching myself the whole time and yesterday I slipped up.”

Ashley advised: “I think you just have to be sensitive to understand she has always felt a she. I imagine even if she was very graceful about it, that it must sting.”

Ann first slipped up on Thursday night, saying “I think he is pulling your leg” in reference to India.

It prompted India to approach her in the kitchen for a chat, saying: “I know you misgendered me earlier on today. It’s fine. I know it’s a genuine mistake so it’s not a problem.”

However, India went on to say it can still be hurtful to hear.

“It’s not a big issue but you know it hurts transgender people when that happens. I know it wasn’t deliberate as you’re a good sort.”

Ann assured India it had been a genuine mistake, adding: “I am sorry. If you hadn’t been talking about it so much then I wouldn’t have been conscious of you in any other way.”