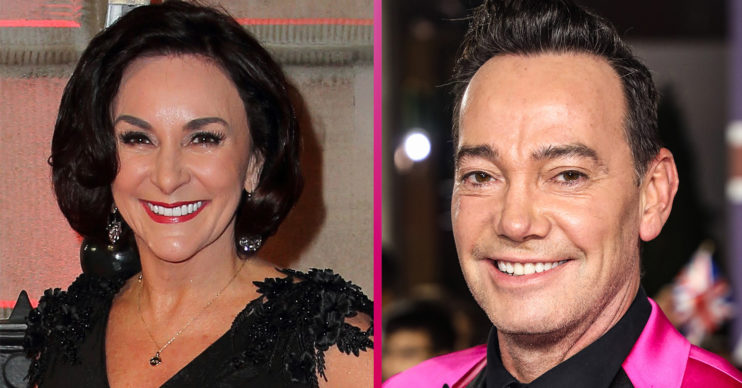 "You can't take words back," she said

Head judge Shirley, 60, told host Ruth Langsford that she decided to face up to him after he made remarks about her “breasts” and “body”.

Why was Shirley Ballas being interviewed?

Shirley was chatting to hosts Ruth Langsford and Eamonn Holmes about her new autobiography.

When the conversation turned to Strictly, Ruth mentioned that Craig had said some things about her body in the past.

Ruth asked if it was true that she had confronted him.

What did Shirley Ballas say in response?

“I think it was at a dinner and he was making fun of my breasts and body,” Shirley explained.

She continued: “I don’t think he realised the issues I state in my book.

“You can’t take words back.”

What else did Shirley Ballas say?

In addition, Shirley continued: “Unfortunately some things which are said to you are not humorous and it is the mistake of the man who doesn’t realise that with women.

As a result, she also said that she doesn’t need anyone else to have a go at her.

“I don’t need anyone to critique me, I can do that myself and I do a draw good job of it,” she said.

However, Shirley added that Craig apologised to her over his comments and they moved on.

What else has been happening in Strictly world?

While Shirley was talking about her new book, Strictly bosses were scrambling to save this year’s series.

BBC bosses were rocked when HRVY tested positive for coronavirus.

The 21-year-old singer discovered the news after a routine test by producers on the show.

Meanwhile, posting on Instagram, he said: “I wasn’t going to say anything because I didn’t want to worry anybody or be dramatic but I have coronavirus, I’ve tested positive.

“All is fine, I’m isolating, I have no symptoms luckily. I’m just chilling, I’m bored.”