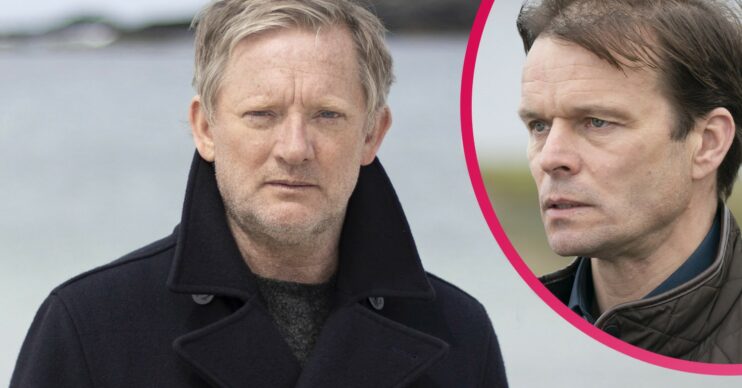 It's another dramatic episode from the north of Scotland

DI Jimmy Perez gets one step closer to unravelling the mystery of who killed Alex Galbraith in Shetland tonight – here’s our preview of episode five.

The latest instalment of the brilliant BBC One police drama, airing on Wednesday November 17 2021, sees Perez finally make headway in the murky investigation.

Here’s a preview of what happens in Shetland episode five.

Shetland episode five preview – what happened at the end of episode four?

At the end of episode four, Logan Creggan discovered the devastating news that he had killed his own son Fraser.

A broken man, viewers saw him break down at the horror of it all.

Episode five begins where we left off.

But will DI Jimmy Perez press charges against Logan Creggan?

Having reached a dead end, Perez returns to the incident board in a fresh search for clues.

He soon finds that Carrie McAndrew, the chef on Eamon’s boat, was in debt to Niven Guthrie.

Viewers know that Carrie was the first to point the finger of blame at Mick, but is she somehow implicated herself?

And, more importantly perhaps, is she in Niven’s pocket?

Fiona Bedford also reveals that her husband is tracking her whereabouts.

This, of course, suggests that Darren knew or suspected about his wife’s affair with Alex Galbraith…

Armed with this information, Perez delves deeper into Bedford’s movements on the day of Galbraith’s death.

In shocking scenes, she asks Duncan for one last favour – a request that leaves him horrified.

Will he agree to her dying wish?

Of course in last week’s episode four, Tosh discovered the shocking news that it was Sandy who had leaked the crime scene photos.

Sandy is a long-term and trusted member of DI Jimmy Perez’s team.

Although he HAS been in trouble before.

At the end of series five, Sandy made an error of judgement and was suspended.

One thing’s for sure – Perez will go nuclear!

Shetland episode five airs on Wednesday November 17 2021 at 9pm on BBC One.