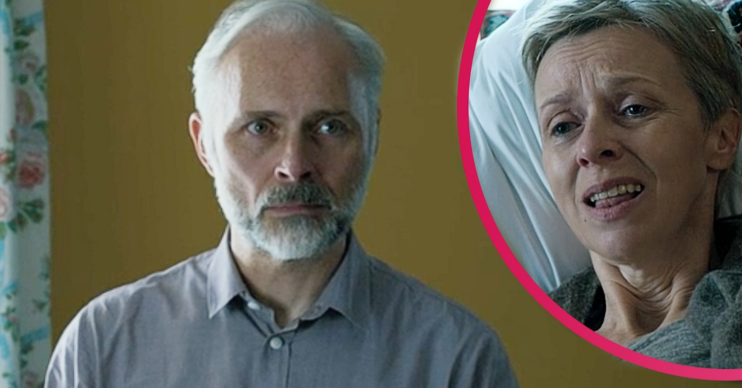 Shetland episode 5: Viewers all have the same theory about Donna and Duncan

Has Duncan been framed?

Shetland viewers all have the same theory after episode 5 about Donna and Duncan following an emotional and enthralling instalment.

But it was the storyline involving Duncan and Donna Killick that led to a bevvy of theories from viewers.

Jimmy had warned that Duncan that Donna was out to get him, but he wouldn’t listen.

And, as the prospect of being moved from the island became a reality, she decided that she wanted to end her life in her home.

And for that, she needed Duncan’s help.

Read more: Shetland on BBC One: What is the background to the Donna Killick story?

She reminded him that he had ruined her life, and he owed her.

Donna asked Duncan to post a letter to her solicitor, and then come back to help her commit suicide.

And guess what? Duncan, wracked with guilt, decided to go along with it.

Is Duncan done for?

After seeing the powerful and emotional scenes at the end viewers came up with a theory.

They thought that Donna’s letter to her solicitor – which she asked Duncan to post – will implicate him in her suicide.

And thus taking revenge on him from beyond the grave.

It would be a fiendish plan, but one that isn’t beyond Donna’s grasp.

Soooo, Donna is going to leave everything to Duncan then make it look like he killed her? Duncan you should have listened to Jimmy 🤦‍♀️ #Shetland

How did viewers react to episode 5?

One viewer said: “Donna’s revenge from beyond the grave on Duncan was that letter then #shetland.”

Another wrote: “Soooo, Donna is going to leave everything to Duncan then make it look like he killed her? Duncan you should have listened to Jimmy [face-palm emoji].”

A third theorised: “The letter is accusing Duncan of murder #Shetland.”