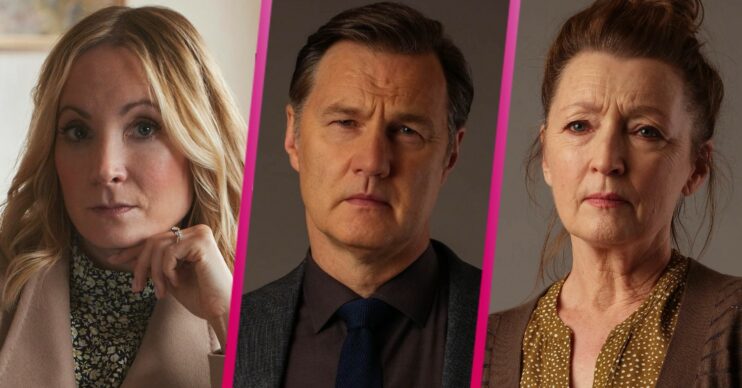 Sherwood on BBC One: What year is the TV thriller set in?

Sherwood on BBC One is a complicated, clever, thought-provoking and desperately sad TV thriller that straddles two timelines – so what year is it set?

The six-part TV series is – quite rightly – getting rave reviews for its compelling portrayal of two murders in a small Nottinghamshire village.

The deaths are set against a backdrop of historic tensions in the former mining village.

Tragically, the series is based on real events that took place in 2004.

So what year is Sherwood set? 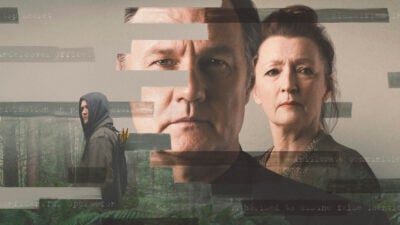 What year is Sherwood set?

Sherwood is proving to be every bit as good as it looks, with a vicious murder at its centre and a mind-blowing cast.

During episode one, some viewers were left wondering what year the drama Sherwood is set?

The series began with flashbacks to the miners’ strike of 1984.

There was also disturbing film of police and protestors clashing.

Within seconds, the drama brings us back to modern day Britain.

Viewers learnt during episode one that it’s 30 years on from the miners’ strikes that tore a hole through the mining villages in the North.

We know the miners’ strikes happened in 1984, so the events of Sherwood are set around 2014.

Much of the drama in Sherwood is BECAUSE of the lingering resentment still very much present after three decades.

When is Sherwood set?

The events in Sherwood straddle two timelines, but what year is Sherwood set?

The murder of Gary Jackson and the subsequent events in Sherwood occur around 2014.

Cast and crew recreated the miners’ strike of 1984 in flashback scenes.

That is, of course, the real year that the UK miners’ strikes took place.

However, the murders of two village residents which prompted this BBC dramatisation actually happened in 2004.

This is 10 years earlier than depicted in Sherwood.

The DJ played Franz Ferdinand’s hit song Take Me Out at Sarah’s wedding.

However, viewers discovered what year the action was set during a tense argument between Deano and Gary.

During a fraught interaction between the pair at the Miners Welfare Club, Gary called Deano “a scab”.

To which Deano replied: :”It were thirty [bleep] year ago.”

A spokesperson explained that the drama is set today, in modern day England.

The programme makers decided NOT to set the series in the same timeline of the real investigation that inspired it.

What is Sherwood on BBC One about?

The BBC One drama centres on two shocking and unexpected murders that shatter an already fractured community.

Detective Chief Superintendent Ian St Clair investigates when the murders occur in the ex-mining town he grew up in.

The six-part drama is based on a tragic true story.

At the beginning of episode one, the viewer is told: “This story was initially inspired by two killings which took place in the Nottingshire mining community where the author [James Graham] grew up.

“For the purposes of dramatisation, the characters and events have been fictionalised.”

Writer James says: “Sherwood is essentially a six-part thriller, but it’s hugely personal to me and inspired in part by real events in my hometown in Nottinghamshire.

“I hope, and I say this as someone who was deeply affected by the story and the real killings that in part inspired the series, it will shock but also move and entertain.”

Talking about his motives for writing the series, he added: “This isn’t a literal adaptation, these are fictional characters, but it is inspired by the many stories that that real events evoked in the community.”

He reveals he consulted with the real people involved in the true crime.

In 2004, two separate and unrelated murders in a Nottinghamshire mining village launched an intensive search in an area of woodland.

Robert Boyer, then-42, was wanted in connection with the killing of former miner Keith Frogson, 62, who was found dead on his doorstep following a brutal attack as he left a local pub in the Nottinghamshire pit village where he lived.

Meanwhile officers were also searching Annesley Woods for 55-year-old Terry Rodgers, who was sought in connection with the murder of his daughter, Chanel Taylor.

The two murders were carried out within two weeks of each other, and both killers went to ground in woodland near Annesley Woodhouse.

Police eventually arrested both men and charged them with their crimes.

Sherwood continues on Mondays and Tuesdays on BBC One at 9pm.

What do you think of Sherwood on BBC One so far? Leave us a comment on our Facebook page @EntertainmentDailyFix.