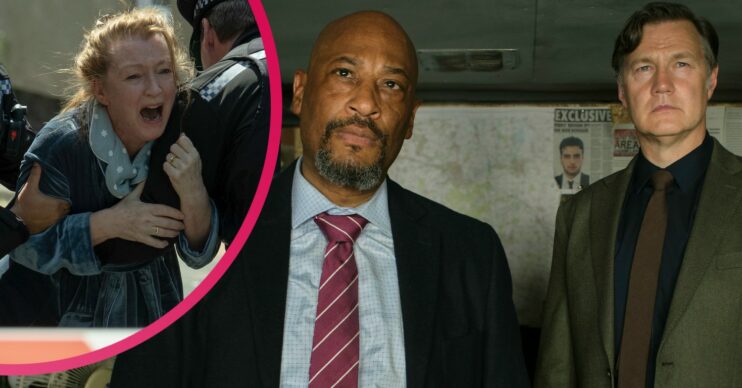 Sherwood on BBC One: Seven burning questions we have after watching episode 1 of brilliant thriller

It's a masterclass in drama...

Sherwood episode one started with a bang – or rather a thwang – on BBC One when ex-miner Gary Jackson was murdered with a bow and arrow.

Assuming it wasn’t Robin Hood resurrected, DCS Ian St Clair was tasked with finding out who the killer was.

And there were plenty of people who held a grudge…

Frankly, there’s more beef in this village than in a cottage pie.

Here’s the burning questions we have after watching episode one of the excellent new thriller Sherwood on BBC One.

***Warning: spoilers from episode one of Sherwood on BBC One ahead***

Why was Gary Jackson killed in Sherwood episode one on BBC One?

Gary Jackson was an ex-Nottinghamshire miner who, quite frankly, had dozens of enemies.

He was not one of the miners who broke the picket line and went back to work during the 1984 strike.

Instead, Gary stayed out on strike – and, 30 years on, still held a grudge against those who didn’t.

In fact, it’s fair to say that the animosity between the “scabs” and the strikers had torn a dividing line through the village.

Made more tragic when you remember that Sherwood is based on a true story.

First impressions after watching episode one is that Gary was killed for his generally unpopular views.

He wasn’t afraid of confrontation.

The man even shouted out “scab” about the father of the bride during the wedding between Sarah Vincent and Neel Fisher.

Was this a murder waiting to happen after 30 years of simmering tension?

Is someone targeting striking miners (as suggested in the trailer below)?

Or is Gary’s murder a totally random crime (unlikely we think).

Who murdered Gary Jackson in Sherwood?

At this point, anyone could have killed Gary.

He was a pretty unpopular neighbour.

Could it have been Dean Simmons, who was seen arguing with Gary just minutes before he was killed?

Or brother-in-law Fred Rowley, who didn’t speak a word to Gary throughout episode one, but made his feelings clear with his darting eyes in the Miners’ Welfare Club, i.e. The Clubbie?

The top suspect must surely be Fred and Cathy’s son Scott.

Ever since Gary was found murdered in the street, Scott has been hiding out in the woods.

Oh, and did we mention he’s been practising his archery skills?

Another candidate must surely be Rory Sparrow, son of Daphne and Mickey.

Viewers have seen him drive by Gary’s street regularly in his taxi.

On the day of the murder, Gary kicked a football at Rory’s car…

Rory’s parents run the archery range so it’s our bet son Rory is a pretty good shot, too.

Sherwood episode one BBC: What’s going on with Scott Rowley?

Number one suspect Scott Rowley is already in trouble with the police.

Viewers learn that he is facing jail time, and is being sentenced the day Gary Jackson is found dead.

Is he hiding in the woods to avoid prison, or has he killed Gary?

Those watching carefully would have seen that Scott had a stash of cash in his bedroom – which he keeps locked.

What was he found guilty of, why does he have so much cash, and is he a murderer?

Why was some of Gary Jackson’s arrest file redacted?

As DCS St Clair began to investigate the complex case of Gary Jackson’s murder, he discovered that the victim had once been arrested.

However, when David Morrissey’s character pulled up the file, he found that some of it was redacted (censored or obscured for legal or security purposes).

So why would Gary Jackson’s file have restricted access?

All we know is that police arrested Gary in 1984 for arson, but charges were dropped.

Who provided the information that led to Gary’s arrest is the part that’s retracted.

Which is EXACTLY the part that might be useful in St Clair’s murder investigation.

The officer who intervened in his arrest was DI Salisbury.

Which is where our next question comes in…

There’s clearly history between the pair, but what?

The atmosphere between the pair was arctic when they spoke on the phone during Sherwood episode one on BBC One.

DI Kevin Salisbury is now heading to the village to help with the investigation, so we’re bound to find out soon.

We suspect the pair go back a long way…

Why are sisters Cathy and Julie feuding in Sherwood episode one on BBC One?

In the opening minutes of Sherwood episode one on BBC One, Cathy Rowley knocked on Julie Jackson’s door to complain.

Initially, this could have been chalked down to a common neighbourly dispute.

But tragically, we soon discovered the pair were sisters.

Is their relationship breakdown simply because their husbands were on opposing sides of the picket line?

Or is there more to it?

Who is the second murder victim?

BBC One tells us that “at the heart of Sherwood lie two shocking and unexpected killings that shatter an already fractured community and spark a massive manhunt”.

So who is the second murder victim?

Episode one saw the death of Gary Jackson.

So who is next?

What did you think of episode one of Sherwood? Leave us a comment on our Facebook page @EntertainmentDailyFix. 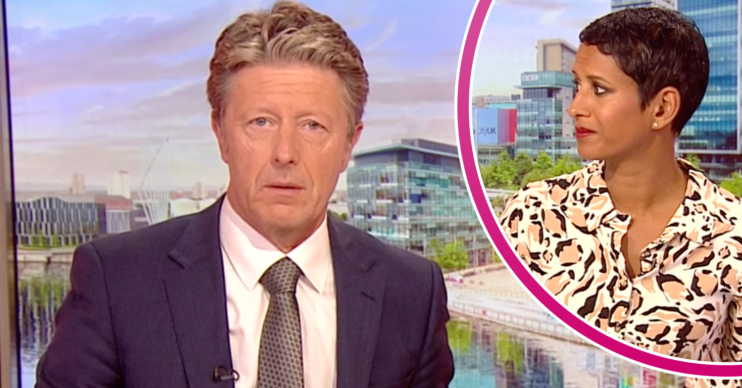