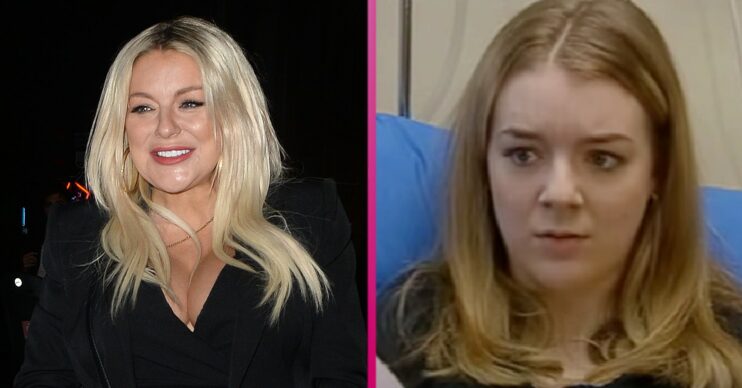 Sheridan Smith is currently starring in Channel 5 drama The Teacher, playing Jenna, but she was also once in Holby City!

Actress Sheridan rose to fame after her role in Two Pints of Lager and a Packet of Crisps, where she played Janet from 2001 until 2009.

She’s gone on to appear and star in many more popular TV shows and dramas including Gavin and Stacey, Jonathan Creek, Cilla, Cleaning Up and The Moorside as well as having a successful theatre career.

Read more: The Teachers episode 2: 9 burning questions we have after that HUGE twist

But what was her role in popular BBC medical drama Holby City?

Who did Sheridan Smith play in Holby City?

Sheridan appeared in six episodes of Holby City back in 2001 playing a character called Miranda Locke.

She was in series three and at the time of her appearance, Sheridan was still a teen.

Her character Miranda struggled with head pain. She took a liking to Dr Victoria Merrick.

She was told it was believed she suffered with a migraine, but it soon became clear she didn’t want to go home.

Miranda told Victoria that she had self-harmed, but later told Dr Taylor she had cut her arm at school.

Miranda was taken home by her father but stole Victoria’s scarf and wallet.

She soon began to stalk Victoria.

Later Victoria was stabbed to death and for a while no one knew who killed her.

Miranda was readmitted to Holby with self-harming wounds and others started to become suspicious she was involved in Victoria’s death.

However it was revealed Victoria had been murdered by the father of one of her patient’s who had died on the operating table.

Read more: The Teacher viewers all have the same theory after episode 2