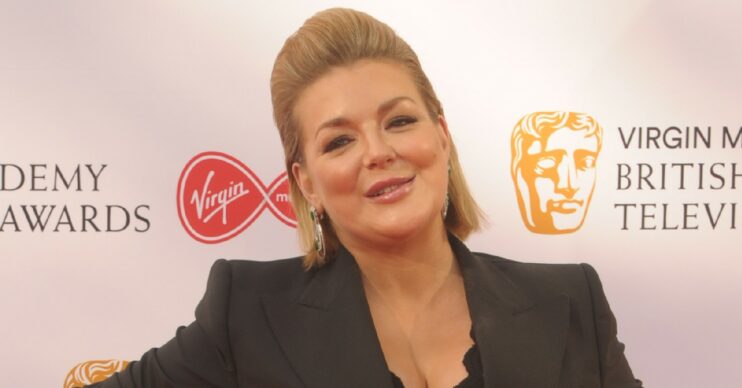 Sheridan Smith – seen in The Teacher earlier this year – has been left feeling “hurt” after her belongings were “ransacked” in a robbery.

The star reportedly had jewellery worth thousands of pounds stolen from her trailer during the filming of a new sitcom last week.

The 40-year-old actress is said to be “very upset” after being the victim of a robbery.

Sheridan reportedly had necklaces and bracelets stolen from her trailer while filming a new sitcom – Rosie Molloy Gives Up Everything.

The robbery took place in South East London and is believed to be the work of the Movie Takers.

The so-called Movie Takers are reportedly a gang of thieves who have a history of carrying out raids on the sets of films and tv shows.

Speaking to The Sun, an insider said: “This was a very upsetting incident and everyone involved is shocked – but Sheridan is understandably very hurt.”

The source then continued, saying that the items stolen weren’t “hugely expensive”.

They revealed that the items taken were more “day-to-day” items that Sheridan had left in her trailer while out filming.

The source said that Sheridan had returned to her trailer to find that the interior had been “turned over”.

“It’s absolutely disgraceful that these people would do this,” the source continued.

They then went on to say that film crews have recently become targeted more by thieves.

Netflix’s hit show, The Crown, is one show that was hit by thieves recently.

The source then went on to say that film sets are usually “very well protected”. They explained that it’s difficult to get on a film set without being noticed, so it must be the same people targeting sets.

Speaking about the theft, a Met Police spokesperson said: “The offence happened at about 11.50pm on May 5.

“Items of jewellery were stolen from trailers in Surbiton.

“There have been no arrests, inquiries continue,” they added.

What is the new drama about?

The film set is for a new sitcom – Rosie Molloy Gives Up Everything – which will air on Sky later this year.

Sheridan plays the lead role of Rosie – a woman who suffers from anxiety and depression who is trying to give up drinking, drug, and sex addictions.

It marks a return to comedy for the star. More recently, Sheridan has been in hard-hitting dramas such as The Teacher and No Return.

Rosie Molloy will air on Sky later this year.