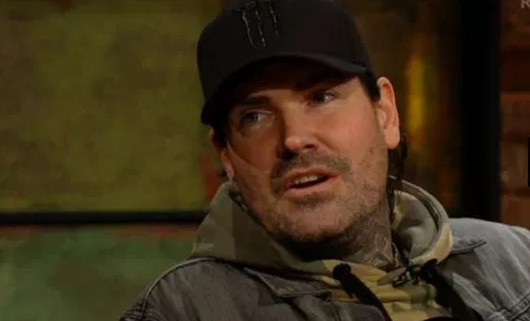 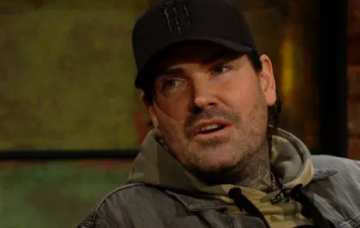 The rest of the band thought it was funny

Boyzone’s Shane Lynch has left viewers shocked as he swore live on air on The Late Late Show in Ireland.

Shane sparked controversy when he appeared on the Irish TV show on Friday night after turning up late and then swearing repeatedly alongside his fellow band members.

The boy band – who lost their fifth member, Stephen Gately in 2009 – were on the show to discuss 25 years in the biz.

The host Ryan Tubridy revealed he had a nostalgic clip of the lads – who also include Ronan Keating, Mikey Graham and Keith Duffy – performing on the chat show, back on 26 November 1993.

The hilarious clip featured all five lads bouncing around the stage in nineties fashion as they sang along to Light My Fire.

Ryan smirked as he called it a “beautiful thing” and asked the now forty-something gang: “What happened? What’s the story behind that clip?”

He said: “Here’s the story of that clip, I busted my [bleeps] to get here, right? And to see that clip, you can shove it up your [bleeping] hole. That’s what you can do with that clip.”

The 42-year-old then gave the camera his middle finger as he said: “Honest to God.”

“We see it as a bit of fun,” Ryan told him, looking awkward.

The presenter quickly moved on, asking the others: “How about you?”

Ever the professional, Ronan said: “It’s important for us to be here, this is the final chapter of Boyzone’s story.

“It all began here 25 years ago. We were very lucky to get that opportunity to be on the show that Friday night, and everything happened from there.”

Keith added: “Obviously, in the earlier years, we cringed, we were mortified. But when you go off and realise we’ve gone on to sell over 35 million albums… with any job you have and any career you choose to have, the more experience you have within that job, the better you become at it, and the more confident you become. We did master our craft – eventually.”

Viewers watching commented on Twitter: “I am disgusted with Shane for his reaction to the clip that started them all off. Well done to Keith, Ronan and Mikey for not reacting. #TheLateLateShow.”

End of an era seeing Boyzone tonight for the last time on the late late show. But I am disgusted with Shane for his reaction to the clip that started them all off. Well done to Keith, Ronan and Mikey for not reacting. #TheLateLateShow https://t.co/i0kNBeNb3b

Another tweeted: “Enjoyed Boyzone on the Late Late tonight, unfortunately Shane made an [bleep] of himself but then there is always one!”

"It's the last track on the album and it's a lovely way to finish the record and for Steo to have the last say"
Boyzone talk about the last 25 years of their career ahead of their final album, 'Thank You & Goodnight" #latelate pic.twitter.com/jehE3N8Xb1

A third added: “Just saw Shane Lynch on the #latelate now oh my god. 1. He was late, 2. What an embarrassment.”

ED! has contacted representatives for Shane for a comment.

The lads are celebrating 25 years together and recently appeared on Children In Need, where they helped raise a total of £50,595,053.

Thank you for doing your thing.

It means more than £1 billion has been raised by the charity since the first major appeal in 1980.

Boyzone reunited for their own version of Strictly Come Dancing, with Shane Lynch and professional partner Luba Mushtuk lifting the 2018 Pudsey Glitterball trophy.

Judge Bruno Tonioli told them: “Shane, starting like a true leading man, then he was off like Lewis Hamilton. A very nice quickstep.”

What did you make of Shane’s reaction? Leave us a comment on our Facebook page @EntertainmentDailyFix and let us know what you think.