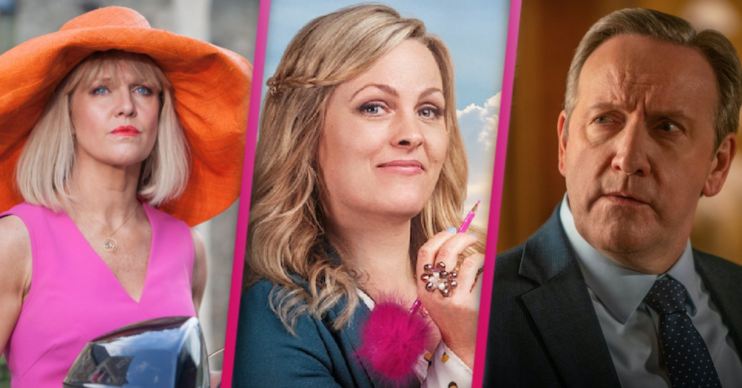 From Whitstable Pearl to Agatha Raisin

With season 4 of Shakespeare & Hathaway: Private Investigators finally here, now is a good time to look at the phenomenon of cosy crime.

So if you love Shakespeare & Hathaway, stand by your well-manicured hedges – here are our recommendations for more cosy crime drama.

A relative newcomer to the garden of cosy crime, Agatha Raisin has proved a huge hit with fans of the sub-genre.

Starring Ashley Jensen, it’s adapted from the books by MC Beaton and tells the tale of a high-flying PR executive who relocates from London to the Cotswolds.

There are three episodes and a Christmas special available to stream on Acorn TV.

Another new member in the cosy crime canon is Whitstable Pearl.

Starring Kerry Godliman, it features a local restaurant owner who has a side hustle as an amateur detective in the picturesque Kent coastal town.

Looks like her police training earlier in her life has served Pearl well.

You can watch series one of Whitstable Pearl on streaming site, Acorn TV. And there’s more good news – a second series is coming later on this year.

The main man of cosy crime dramas is without doubt Midsomer Murders.

Now into its 22nd series (!), the ITV staple has had more murders than you can shake a truncheon at.

Initially starring John Nettles, he passed the baton on to Neil Dudgeon in series 13.

Based in the idyllic fictional county of Midsomer, the show has become known for its guest stars and, ahem, inventive ways to kill them off.

Martine McCutcheon killed by a giant cheese, anyone?

ITV is currently showing repeats, and you can catch up on more episodes on the ITV Hub.

Once upon a time there were two gardeners.

Brought together thanks to a murrrrder, the two become firm, green-fingered friends… and amateur detectives.

A huge hit for ITV in the early 2000s, it starred Call The Midwife’s Pam Ferris and Felicity Kendal.

You can watch the three series on BritBox and Amazon Prime Video.

The pilot of Hetty Wainthropp originally aired on ITV, but then transferred to BBC One for four series.

Starring the great Patricia Routledge, it told the tale(s) of a retired woman in the northwest of England who had a knack of solving baffling minor crimes.

Gadding about the area, Hetty was both fearless and the archetypal nosey neighbour.

But Death In Paradise is not one of those shows. Set on the fictional Caribbean island of Saint Marie, it’s onto its 11th series (currently on BBC One).

Read more: Where is Death In Paradise filmed? Is Guadalupe safe to visit for a holiday?

Although not set in the usual environs associated with cosy crime it nonetheless has all the elements – lovely scenery, humour, and a murder mystery in every episode.