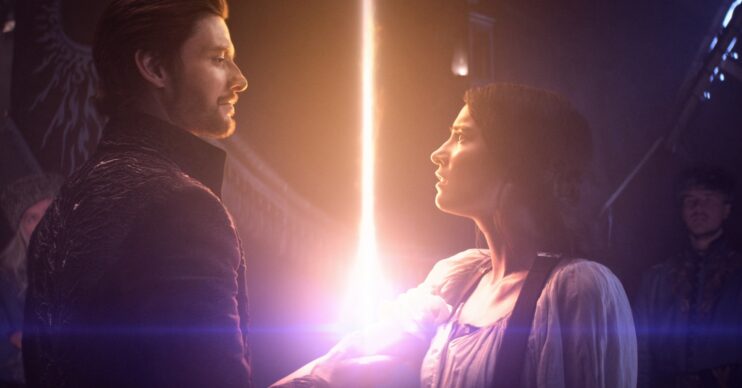 Shadow and Bone renewed for season 2 by Netflix

Get ready for life beyond the Shadow Fold...

Netflix fantasy series Shadow and Bone has been confirmed for season 2.

Together, they said: “Your summoning powers worked. Are you ready for the news? Spoiler alert: I’ll see you in season two.

“Shadow and Bone is officially returning for its second season. Thank you so much to everyone who’s watched so far.

“We are so excited to be telling this story and we are so, so grateful because we couldn’t have done it without you. Well.. you and Milo [the goat], of course.

Shadow and Bone is based on the Leigh Bardugo Grishaverse novels.

The story follows Alina, a young girl in a land split in two and ravaged by war.

In a world where those with magical powers are held in high regard – known as Grisha – Alina’s life is upended when she discovers she’s one of them.

After being taken under the wing of General Kirigan, it becomes apparent that she is the long-prophesized Sun Summoner – who holds the key to merging the two worlds by removing the Shadow Fold that divides them.

Torn between her old, quiet life as a mapmaker with best friend Mal, and her new destiny, Alina soon struggles to know who to trust.

Season two is likely to follow the second book of the series, Siege and Storm.

What happened in Shadow and Bone season 1?

At the end of season one, Alina, General Kirigan and a rag-tag group of hustlers known as the Six Of Crows set sail into the Shadow Fold.

Alina believes she’s on the mission to destroy it, but quickly that General Kirigan is using her powers in a bid to take over everything.

He uses Alina’s powers to empower his own, taking possession of the Shadow Fold’s magic as well.

Thankfully, Alina has friends in her time of need, and Kirigan is eventually left for dead inside the Shadow Fold in the hands of the Volcra beings that control it.

The others make their escape for a new life away from the Grisha.

However, in the series’ final moments, Kirigan emerges from the Fold – very much alive.

When is Shadow and Bone season 2 released?

Shadow and Bone season 2’s release date has not yet been announced.

It’s currently believed that filming is yet to begin, meaning that we will have to wait until at least 2022.

Thankfully, we have all of season one to binge-watch whenever we want for the time being.

Shadow and Bone is available now on Netflix.