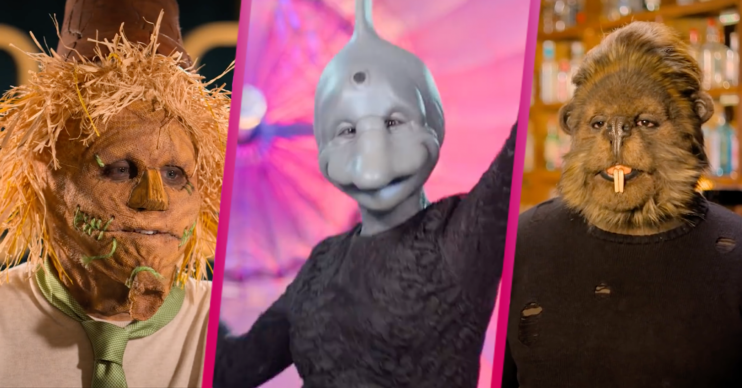 Sexy Beasts on Netflix: Where can I watch the original UK series?

The BBC Three series aired back in 2014

Sexy Beasts is coming to Netflix this month, but fans want to check out the UK series first.

The trailer trended worldwide on Twitter as people scoffed at the bizarre concept. But it’s not new!

Seven years ago, the original series launched on BBC Three back when it was still a TV channel.

Sadly, it didn’t last long and was cancelled after just one series. There were eight episodes in total, including two Valentine’s Day specials.

At the time, the show got a mixed reception from critics, with some calling it out for being just too wacky for its own good.

However, some enjoyed it.

One fan said at the time: “It sucks you in… it’s all but impossible to turn off without finding out what the contenders look like behind the mask.”

What is Sexy Beasts and where can I watch the UK series?

It may look bizarre, but the concept is pretty simple.

Each episode of Sexy Beasts features a new singleton looking for love. They get three potential mates to choose from, all of whom are disguised in bizarre make-up.

Read more: What happened to the series one Too Hot To Handle couples?

The couples then go on dates together, and then the single contestant has to pick one to unmask in the end.

The BBC Three series isn’t currently available to watch on iPlayer in the UK.

Sadly, that means there is nowhere to actually watch the old series.

However, it’s likely to be put up on Netflix at some point, especially after the first American reboot has aired.

The show has also been adapted and broadcast in several other countries including America, Germany and Korea. However, none of these are on UK streaming platforms either.

But don’t worry, there’s not long to wait to get your fix. The new series of Sexy Beasts will hit Netflix on July 21.

Read more: Catherine Tate signs up for Netflix show Hard Cell, but what’s it about?

The first series will consist of 12 episodes in total. Netflix has already renewed the show for a second series.

It was filmed last year during the national lockdown, between September and November.

The series will feature a familiar voice in the form of Catastrophe star Rob Delaney.

Will you be watching? Let us know on our Facebook Page @EntertainmentDailyFix and tell us what you think of this story