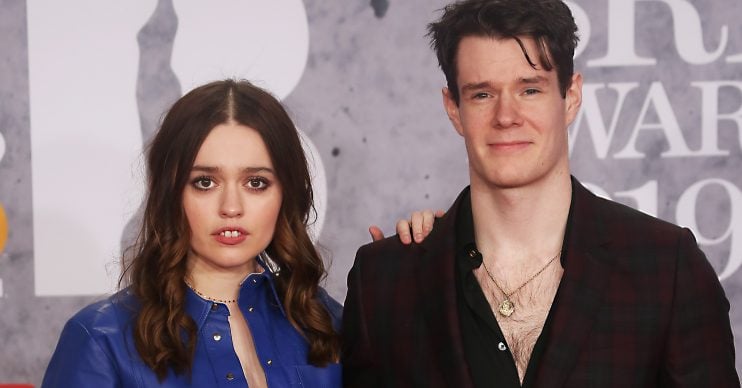 Life imitating art for the on and off-screen couple

They’ve been dating since 2018, but news of a real-life romance between Sex Education stars Aimee Lou Wood and Connor Swindells has delighted fans of the Netflix show.

The pair play on-screen couple Aimee Gibbs and Adam Groff, who hit it off after filming finished on series one.

In a case of life imitating art, Aimee’s Instagram page is littered with pictures of her cosying up to Connor.

However, fans over on Twitter seem to have only just heard the news.

They’d taken to the social media platform to announce that the news makes their hearts feel very happy indeed!

Did you guys know Aimee and Adam are actually dating in real life and they’re the most adorable couple ever.

“The fact that Aimee and Connor from Sex Education are dating in real life really makes my heart happy,” one fan of the show said.

Another said: “Did you guys know Aimee and Adam are actually dating in real life and they’re the most adorable couple ever.”

Did you know that Connor and Aimee have a relationship in real life? They look beautiful together ♡ #SexEducation Season 2 pic.twitter.com/H7v4NwSCTw

Not to be overdramatic but finding out that Aimee and Connor are dating IRL after binge watching #SexEducation S2 is the best thing that happened to me this week. pic.twitter.com/Gd2d6JMFkQ

The couple went Instagram official with their romance in September 2018, when Aimee wished her beau happy birthday by sharing a series of cute selfies.

She captioned the pictures: “Happy day of birth Swindells, you beautiful magnificent man. You’ve been a warrior king forever in the hundreds of lives you have already lived but now you’re my [king emoj].”

Read more: Lisa Armstrong plans to sell home she shared with Ant McPartlin and move into new flat with friends

She also thanked the pair’s characters for bringing them together off screen.

“I’m owning my narrative. Big thank you to Adam Groff and Aimee Gibbs for making all this possible,” she said.

Connor has also opened up about working alongside his girlfriend and previously admitted that the pair use an intimacy director on set.

He told The Telegraph that using the intimacy director meant “you’re not taking anything from your own life.”.

WE ARE AT THE BRITS WTF

He added: “When you do that, you get home at the end of the day and you’re depressed and you feel vulnerable, because you’ve just shown people what you do in the most personal, vulnerable situation.”