Soaps generally love a big all-singing, all-dancing death scene if they’re killing one of their most beloved characters off. But that’s not always the case.

Emmerdale’s Ali Spencer got a rather undignified off-screen death in scenes that aired last night.

But she’s far from alone…

Corrie fans were left stunned last year when Georgia May-Foote’s popular character Katy was killed in a car crash in Portugal. The storyline was to facilitate Chesney bringing their young son Joseph back to Weatherfield. But many viewers were cross that Katy got such an undignified death. Others have even speculated that she’s not really dead and could make a return to the cobbles in the future – a la Kathy Beale.

To this day Cindy remains one of EastEnders baddest of bad girls after her cheating and lying days on the Square. She was one of Ian Beale’s wives – of which here have been many – and was locked away for hiring a hitman to shoot him. She then died in prison while giving birth to Cindy Jr. 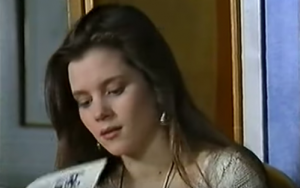 Anna Friel’s Beth was the 90s soap icon. Not only was she the first woman on telly to have a lesbian snog, she also was part of the notorious Body Under The Patio storyline. Beth and mum Mandy killed Beth’s abusive dad Trevor and hid the body under a patio in their garden. The women were eventually sent to prison for the murder where Beth died – off-screen – from a genetic heart condition, two hours before their appeal.

Poor Fatboy was caught in a war between Vincent Hubbard (before he turned into a wuss) and Ronnie Mitchell (before she died.) In a tragic case of mistaken identity Fats was kidnapped by some of Ronnie’s heavies and locked in the boot of a car at the Arches. Unfortunately the car then got taken off to be crushed and the last we saw of Ricky Norwood’s character was Vincent pulling his trademark F medallion out of the car’s wreckage.

Ok so she didn’t actually die as it turned out, but we all spent 10 years thinking Gillian Taylforth’s iconic character had been killed off in a car smash in South Africa with her new hubby, Gavin Sullivan. Anyway, it turned out that Kathy hadn’t really died, but had faked her death in an insurance scam along with Gavin. She returned to Walford in 2015. 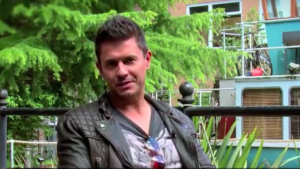 Jeremy Edwards’ Kurt Benson was Hollyoaks original eye candy. He was killed in an off-screen jet-ski accident that had apparently been set up by his long term enemy Rob Hawthorne. Interesting fact, Kurt is Harry Thompson’s godfather.

We’re not sure if Luke really deserved a big death bed scene – nasty little snake that he was – but after what he did to Ben Mitchell it would have been satisfying to see Phil get revenge for his boy. As it happened, Luke was bundled into the back of a white van never to be seen again. Unless you count his teeth that is. They turned up in Aidan Maguire’s little black box when he revealed he’d had Luke murdered.

Were you moved by Emmerdale’s sad news? Leave us a comment on our Facebook page @EntertainmentDailyFix and let us know what you think!