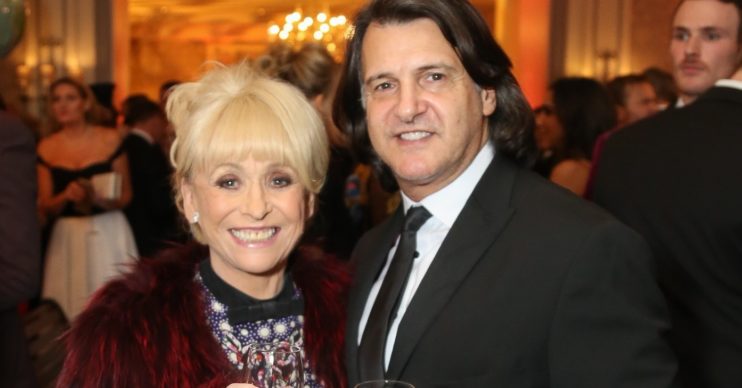 She is struggling to speak

Dame Barbara Windsor will “most likely” need to move into a care home soon.

The 82-year-old actress was diagnosed with Alzheimer’s disease six years ago.

Her husband Scott Mitchell, 57, has revealed that as her condition continues to deteriorate, she will need to be moved into a specialised care facility.

Scott says he received a stark warning from Barbara’s healthcare specialist about the iconic star’s degenerative condition, and although he knows the move will be the best thing for her, the thought of being without her has led to some “fairly dark moments”.

She has started to have falls more regularly.

Speaking during the final episode of the two-part documentary, Ross Kemp: Living with Dementia, he explained: “It’s the thing I’ve always feared.

And Scott admits he “can’t imagine letting her go”, because he doesn’t want the former EastEnders star to resent him for “leaving” her.

He added: “There’s another part of me which can’t imagine letting her go.

“I can’t imagine leaving that lady when she talks to me the way she does and putting her somewhere and her thinking, ‘Why has he done this to me?'”

Barbara is losing her speech

Scott also spoke about Barbara’s deteriorating condition. He said she is finding it hard to speak and has been falling over “more regularly”.

He said: “I have seen a real progression. The thing that has started to happen with her is her speech. She can’t find the words and you just see that frustration building up within her.

“And what I hate is that eventually she gives up and she looks at me and she just goes [shakes his head]. She can’t get it.

“The other thing is she has started to have falls more regularly. What will happen is she will get up, say, two or three times in the night because she needs to go to the bathroom.

“But her legs will give way and I’ll find her on the floor.”

Ross Kemp: Living with Dementia airs on Thursday, June 18 at 7.30pm on ITV.

The Chase: Calm down, people, Bradley Walsh is NOT leaving!