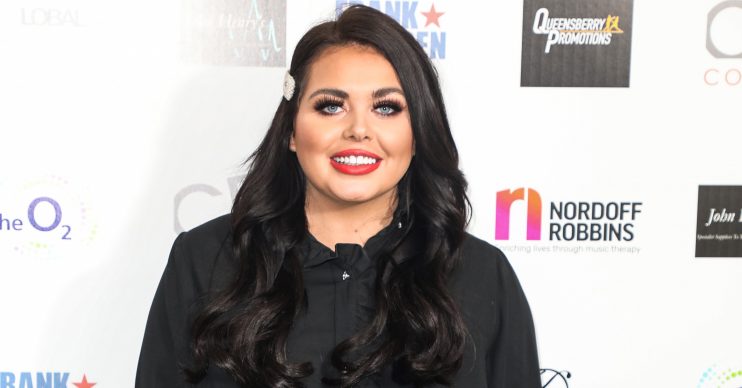 Star has "lots of exciting things in the pipeline"

ITV has confirmed that Scarlett Moffatt will not be returning to Ant & Dec’s Saturday Night Takeaway.

When she landed the job in 2017, after winning I’m a Celebrity in 2016, Scarlett said the role – in which she worked alongside Ant McPartlin and Declan Donnelly – was her “dream job”.

Now, however, it has been confirmed that Scarlett “won’t feature as a contributor” in the new series, which is set to air on ITV in 2020.

An ITV spokesperson told Ent Daily: “Scarlett Moffatt won’t feature as a contributor in the 2020 series of Saturday Night Takeaway.”

They added: “We thank Scarlett for all of her hard work on the show and will announce details of the new series nearer transmission.”

Scarlett was asked about the news on Matthew Wright’s Talk Radio show on Tuesday afternoon.

Scarlett Moffatt won’t feature as a contributor in the 2020 series of Saturday Night Takeaway.

She said: “I don’t know why this is a big story because it hasn’t been on for two years. It’s not like a rolling contract. They are just changing the format of the show. My bit was like challenge Anneka, and they have taken that out.

“It will still be amazing with Ant and Dec and Stephen, what a trio of men.”

Ant and Dec are currently busy in Australia fronting the new series of I’m A Celebrity – Get Me Out Of Here!.

An ITV source also claimed that Scarlett won’t be replaced on the show.

They told The Mirror: “Scarlett Moffatt won’t feature in the new series but she’s not being replaced. It will be just Ant and Dec and Stephen Mulhern who will return to host Ant vs Dec.”

The source added: “Sadly the new series doesn’t have room for her on screen role.”

They also said that Scarlett has lots in the pipeline following her recent Channel 4 show The British Tribe Next Door.

“She has got lots of other things lined up such as documentaries and more factual programming,” they said. “She has lots of other exciting things in the pipeline.”

Scarlett was also dropped from this year’s I’m A Celebrity: Extra Camp and replaced by Emily Atack.