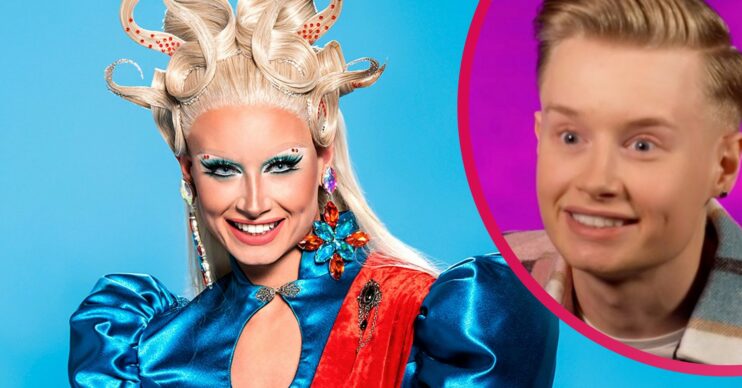 Drag Race UK season 3: Meet Scarlett Harlett – all you need to know from Instagram to background

This East End queen is in it to win it.

Proudly screaming a hello to her mum, she also quoted Catherine Tate by declaring the set “a load of ol’ s**t!”

But it’s clear she’s anything but – with her runway looks gagging the judges week after week.

Do you reckon she has what it takes to win?

Here’s everything we know about her and what drag means to her.

This 26-year-old East London queen is all about the glam – and plans to look as fishy as possible.

However, she’s from a working class background and is proud of it. She calls herself ‘EastEnders personified’ and in the first episode refers to herself as the ‘Danny Dyer of Drag’.

We’d love to see Danny Dyer try and wear those heels, but somehow we think Scarlett can pull them off better.

What has Scarlett said about joining Drag Race UK?

“I don’t think there’s been anyone like me before, East London queens have been on the show before, but not like this. I’m the real thing!” she said ahead of her debut.

“Representation really does matter to me. I have come from nothing. I grew up on a council estate and I feel so proud to have landed myself in one of the biggest shows in the UK right now.

She added: “I want people to know you can make a banquet out of scraps. I am doing this for the Isle of Dogs!”

Since then, Scarlett has received high praise for her incredible runway looks – particularly in the Great Outdoors sewing challenge.

However, she landed in the bottom in week four, going up against Charity Kase after failing to impress in the girl group challenge.

Thankfully, she saved her spot for another week – but can she ‘scnhap out of it’ and get back on track?