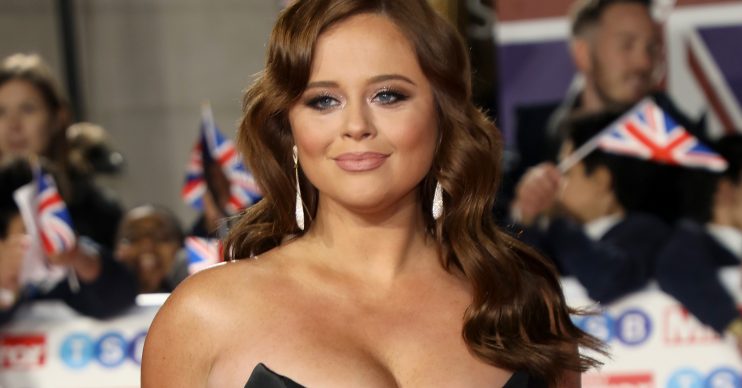 Star said she was 'scared' of showing off her body

Emily Atack has stripped down to her bikini for a spot of last minute sunbathing ahead of this weekend’s I’m A Celebrity…Get Me Out Of Here! launch.

Emily, 29, is co-hosting spin-off show Extra Camp this year but has managed to squeeze in a bit of down time in Australia before the reality series mayhem begins.

Read more: I’m A Celebrity stars ‘will NOT be fed live critters’ in trials after campaign

Sharing a photograph of herself in a yellow bikini on Instagram, the star admitted to her 1.6 million followers she was “scared” to reveal her body.

But in the words of her former jungle campmate and close friend John Barrowman, we think she looks fab-u-ulous!

It’s too sunny and nice here to give a flying freckle.

Heaping her with compliments, one fan replied: “You shouldn’t be scared you look beautiful.”

Another added: “You have amazing body !! Never be scared!!”

A third reassured Emily: “I’d never be scared to get this beautiful body out! You’re absolute perfect the way you are ❤️🔥 xxxx.”

Former Inbetweeners star Emily appeared in last year’s series of I’m A Celebrity…Get Me Out Of Here! and finished in second place behind Harry Redknapp.

This year, she has landed a job presenting Extra Camp alongside Joel Dommett and Adam Thomas and cannot wait to get to work.

On Friday, Emily shared a photo of main show hosts Ant and Dec sitting in a speedboat, saying: “My lift to work over the next 4 weeks? with these heavenly little terrors @antanddec 🤪⚓️.”

This year’s series looks set to be a great one, with stars including former England footballer Ian Wright, ex-EastEnder Jacqueline Jossa and Good Morning Britain’s Kate Garraway all taking part.

But it is US reality star and former Olympian Caitlyn Jenner who is causing the most excitement.

According to reports, the Keeping Up With The Kardashians favourite is being paid a whopping £500,000 to enter the jungle, with bosses hoping she will spill some serious secrets.

– I’m A Celebrity…Get Me Out Of Here! starts at 9pm on ITV1 on Sunday November 17