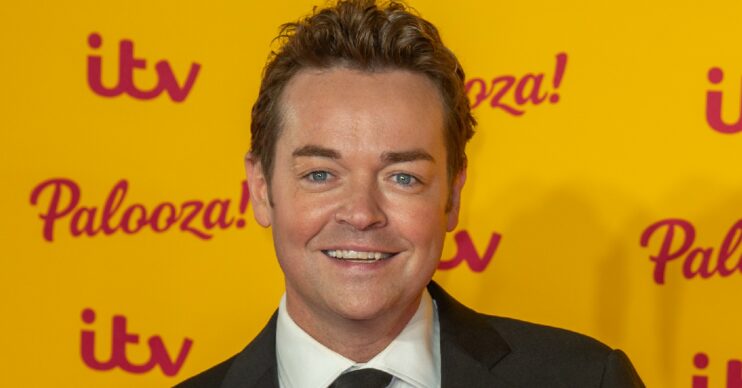 The TV presenter left viewers concerned after he missed the show for a few weeks.

Earlier this month, Stephen addressed fans’ worries and explained that he had been “resting up on doctors’ orders”.

But now, Stephen is set to make his return to Saturday Night Takeaway which will leave many fans over the moon.

On Saturday night (March 26), Stephen will be back for the show’s Ant vs Dec segment, ITV confirmed today.

It comes after viewers were worried about Stephen when he didn’t appear on the show for a few weeks.

On March 12, Stephen broke his silence on his absence and confirmed why he was really off.

He said on Twitter: “Hello all, Sorry I’ve been quiet on here recently and thank you for all your lovely messages.

“I’ve had some time off and been resting up on doctors’ orders.

“I’m on the mend, I’m happy to say, and looking forward to getting back to work soon.”

He added: “In the meantime I’ll put my feet up and watch Saturday Night Takeaway tonight with the rest of you lot.

“Please don’t miss me too much! Lots of love, Stephen.”

… I’ll put my feet up and watch Saturday Night Takeaway tonight with the rest of you lot. Please don’t miss me too much! Lots of love, Stephen. X

Fans were quick to offer their support to Stephen.

One said: “Take care, rest up & we’ll look forward to seeing you soon.”

Another added: “Our Saturday nights aren’t the same without you. Take care of yourself.”

Reports claimed that Stephen went to hospital for a “medical procedure”.

A source told The Sun earlier this month: “Stephen went to hospital for a medical procedure, but has been discharged now and is focusing all his energy on his recovery.”

“He’s hoping to return to the show as soon as he’s feeling better and well enough.

“He’s currently resting up and supporting the lads from home.”

Are you looking forward to seeing Stephen back? Tell us on our Facebook page @EntertainmentDailyFix.