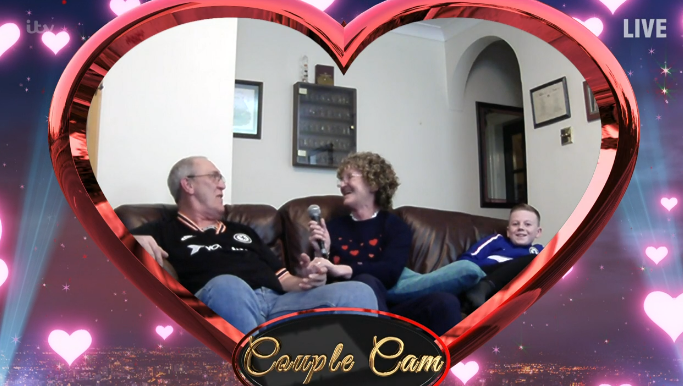 Saturday Night Takeaway viewers in tears over string of proposals

A number of women got down on one knee

Viewers of Saturday Night Takeaway were left emotional tonight as a string of couples got engaged.

To mark the Leap Year, a number of women popped the question to their partners live on the programme.

Host Ant McPartlin told viewers: “A Leap Year is the day when women propose to men. Come on girls, do what you want!”

A woman called Becky revealed she had been secretly proposing to her boyfriend Kris since December.

Photos flashed up showing her holding a ring behind his back as he took a shower, played with their kids and did some DIY around the house.

Sat in the audience, Becky asked Kris if we wanted to get married and he said yes!

Meanwhile, Natalie and Stephen have been together for two years and they’re expecting a baby in April.

Natalie popped the question and, of course, Stephen said yes.

Natalie and Stephen have been together for two years and they’re expecting a baby in April 👶Perfect time to get engaged in front of the whole nation! #SaturdayNightTakeaway pic.twitter.com/p5UJAIbNt7

Then Anne and Milos, who have been together for 35 years, got engaged after being next door neighbours as kids.

One person said: “Omg that had me in tears haha… Congrats to all the couples!”

Another wrote: “Damn 10 mins and I’m in floods of tears.”

Damn 10 mins and I'm in floods of tears ❤❤❤ #SaturdayNightTakeaway

However, some people were left cringing over the proposals.

One wrote: “I absolutely loveeee Saturday night takeaway, but all this proposing to each other on national tv is just beyond cringe (sic).”