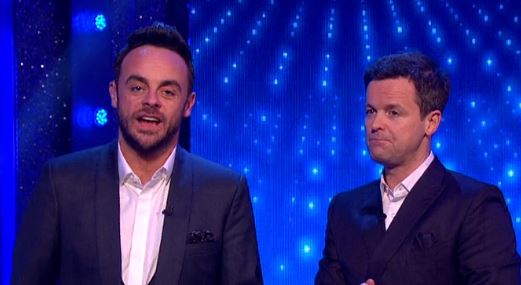 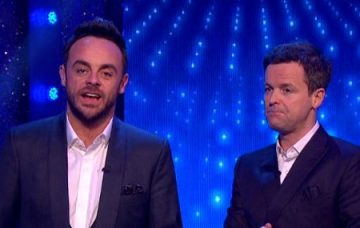 Er, we didn't even notice!

Ant McPartlin was forced to apologise after a Saturday Night Takeaway winner appeared to swear on camera.

The audience member had just won the chance to play Win The Ads and was understandably rather overwhelmed and excited.

As she made her way down to the stage, she appeared to mouth the words “[bleeping] hell”.

While the cheering of the audience made it pretty tricky for anyone at home to notice (did any of you actually clock it?!) clearly someone did as Ant then said sorry for the language.

Read more: Olly Murs throws hat in the ring for next series of The Voice

Ant said: “Well done, Louise. Now, I have to apologise for any bad language somebody may have mouthed when they were surprised. Say sorry, Louise.”

Ant replied: “She’s sorry about that!”

Ant then quipped she needed to “watch her language” when playing Win The Ads.

Viewers found it amusing, with some pointing out they hadn’t even noticed!

Louise chose to gamble the handful of prizes she initially won and go for the mega question to take home everything.

And she did it!

Louise correctly answered that the oldest message in a bottle, found on a Western Australia beach last week, was 131 years old.

Congratulating her, Ant joked: “How do you feel? And don’t swear!”

No doubt Louise felt FANTASTIC having won a holiday, first class travel, tickets to Dancing On Ice, a car and many other goodies.

Meanwhile, also on the show was a special star-studded tribute to Lord Andrew Lloyd Webber in honour of his upcoming 70th birthday.

Ant & Dec paid tribute to the acclaimed composer with a medley of his biggest hits including from Cats and Phantom Of The Opera.

Alexandra Burke, Joe McElderry, and James Corden contributed their musical talents to the tribute but it was Phillip Schofield who stole the show as he reprised his Joseph And his Technicolor Dreamcoat performance 25 years after taking to the stage at the London Palladium.