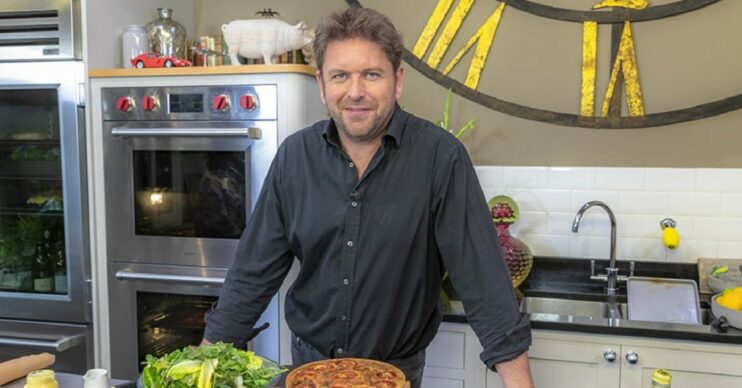 Saturday Morning host James Martin on why he hates ‘celebrity’

What you see is what you get with the Yorkshire chef

But away from the telly, the Yorkshire-born chef prefers to stay away from the limelight, insisting that he “hates” the celebrity side of his job.

James, 49, made the claim during an interview with entertainment website Manchester Gossip.

And he also revealed the secret to his successful TV career.

James came to prominence in 2006 when he made his first appearance on the BBC cookery show Saturday Kitchen.

He ended up fronting the programme for 10 years, before eventually leaving the Beeb in 2016.

That wasn’t the last we saw of him, though, and the chef has since been pulling in the viewers on Saturday Morning with James Martin.

Inevitably, his longevity has seen him become a major star – but that’s something he’s not comfortable with.

He told Manchester Gossip: “I can’t stand this celebrity chef status thing. In fact, I hate it. I mean, do you ever see me at a red carpet event?”

James insists that he’d much rather receive recognition from people in his industry.

“Because of my CV and the places I’ve worked and the people I work with, I have respect from the people who matter, and that’s those on the chef’s side of the fence. Michelle Roux Junior, Pierre Koffmann and the like.”

Saturday Morning with James Martin has become a must-see at the weekend, and this year scooped the ‘Best Food Show’ gong at the TV Choice Awards.

Read more: James Martin causes a stir with his ‘outrageous’ makeover on This Morning today

When asked what his secret formula was, James put his success down to one thing: his honesty.

“Whether I’m in front of four million people on a Saturday morning or whether I’m talking to you, I’m no different,” he said. “I don’t like this Jekyll and Hyde thing in my industry and I don’t want anything to do with it.”

Last year, James spoke ruefully about how his telly career had got in the way of him starting a family.

The presenter, who’s been in a relationship with TV producer Louise Davies since 2011, told Prima: “The biggest low of my career is that I’ve given up everything for it.

“I look at my mates and they’re all married with kids, and that’s not the case for me because I’ve been so focused on work.