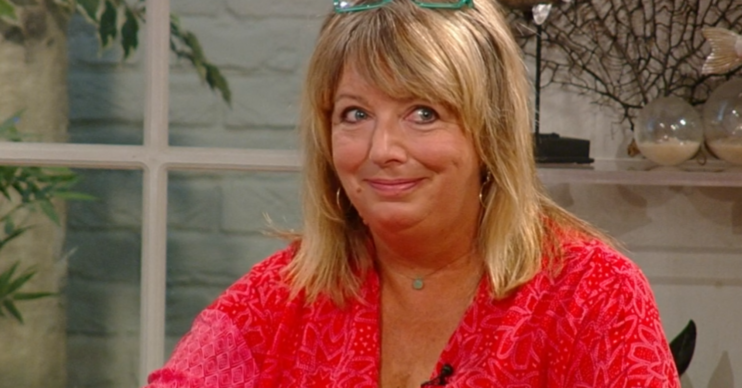 She was breathing quite heavily

Saturday Kitchen viewers have expressed concern for chef Jane Baxter after she appeared alongside host Matt Tebbutt this morning.

The cooking show has continued to broadcast live and features presenter Matt alongside two chefs cooking in the studio. Meanwhile the celebrity guests are safely at home and video call in.

Jane was cooking up a dessert of cherry clafoutis today (Saturday, July 4) and as she began her segment, some viewers were concerned by her breathing as she talked.

What did Saturday Kitchen viewers say about Jane Baxter?

One watching at home wrote: “Jane is very out of breath for just making a cake.”

Another agreed: “She sounds very out of breath.”

“How can anyone be that out of breath just cooking?” questioned a third.

Someone else said: “Does Jane realise she’s on live TV?”

Hope she has had her temperature checked.

Seemingly worried for her health, another asked: “Hope she has had her temperature checked.”

One more concerned fan said: “She’s knackered and deep breathing all over the food.”

“Jane is very out of breath… hope she’s been checked…” said someone else.

But not everyone showed concern. In fact, there was one viewer who switched off over her.

“Who is this Jane woman on Saturday Kitchen?” they enquired. “Definitely NOT a good booking, pulling stupid faces, seems a bit rude… just personal to me, but I can’t stand hearing the heavy breathing and gasping down the mike. Saturday Kitchen off til she’s finished!”

Who else was on Saturday Kitchen today?

Katherine Jenkins also appeared on the show, video calling from her home in Wales.

The singer turned 40 this week and chatted to Matt as he made a Wimbledon inspired pudding.

Katherine has been doing Facebook Live concerts every Saturday night for the last 16 weeks. She also has a new album out full of the most iconic film tracks.

Viewers were thrilled to see her, with many commenting how beautiful she looked.

Did you watch Saturday Kitchen? Leave us a comment on our Facebook page @EntertainmentDailyFix and let us know what you think of this story.