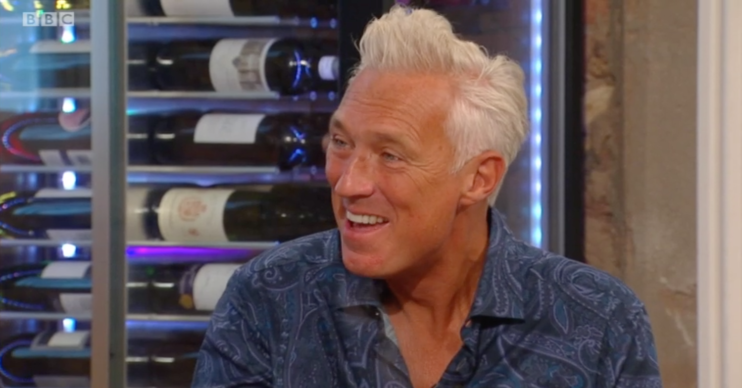 Martin Kemp fell victim to mocking tweets about his appearance when he popped up on TV during today’s Saturday Kitchen.

“Really lovely,” he told her as he tucked into her Macanese Minchi recipe.

But even though Martin was impressed by the seasoned minced pork with pieces of fried potato, many of his fans reckoned he also looked like quite the dish.

A couple of questioned whether Martin had been exposed to a bit too much heat!

One fan joking Martin’s colour resembled one of his most-loved Spandau Ballet tracks.

“What a tan!” added another.

And someone else wondered: “How orange is Martin Kemp? I had to double-take.

“Thought it was David Dickinson at first! #saturdaykitchen.”

It seems the segment that aired today may have originally been part of a June 2018 broadcast.

But Martin has appeared on Saturday Kitchen on several occasions.

Just a few weeks ago viewers were left puzzled when they spied his kitchen clock in the background as he turned up in a video call.

It seems they could barely focus on his cooking after realising his timepiece was five minutes fast.

“Martin Kemp seriously needs to sort his clock out in his kitchen,” one viewer posted on Twitter.

Another wondered: “Martin Kemp now on #saturdaykitchen. But why is the clock in his kitchen 5 minutes fast?”

And a third person questioned: “Can someone please tell @realmartinkemp that the time on the wall clock is wrong?”