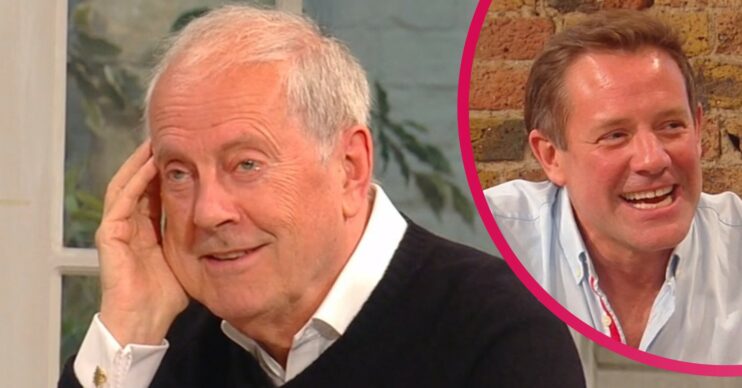 Saturday Kitchen viewers were all left saying the same thing this morning (April 30), as Gyles Brandreth was branded a ‘name-dropper’.

Appearing on the cooking show ahead of his comedy tour, the former Tory MP couldn’t help but mention that he is good friends with, well, pretty much every famous person there is.

Called out by Saturday Kitchen viewers

The 74-year-old writer and broadcaster was consequently called out on Twitter by viewers, who joked about his ‘hilarious’ faux pas:

But although some fans of the show were left cringing, there were plenty of people who thoroughly enjoyed his appearance.

One wrote on Twitter: “I could listen to Gyles Brandreth all day. Full of all sorts of stories!”

The broadcaster was offered his food heaven or food hell on the show. Viewers at home, however, were the ones who go to vote, not Gyles.

His food heaven was a Victoria sponge dessert, meanwhile food hell was fish with a date puree.

“Hell dates back to my childhood… on Wednesday afternoon we were given dates to eat in a packet,” he said before gesturing that they made him sick.

Fortunately for Gyles, the public voted for him to have his food heaven.

Gyles, who is certainly known for his eccentric and outspoken ways, made a controversial statement recently.

He said the Queen, 95, wouldn’t want to be seen in a wheelchair, declaring them to be ‘undignified’ during a discussion on This Morning back in March.

He made the remark when discussing news that the Queen was making modifications to her Balmoral estate to make it more accessible.

He said: “Her sister, Princess Margaret, was often towards the end of her life photographed in a wheelchair and it felt a little bit undignified.

“The Duke of Edinburgh was very proud of his excellent posture, he exercised every day right until the end and the Queen likes that idea.

“So, she doesn’t want to be photographed in a wheelchair.”