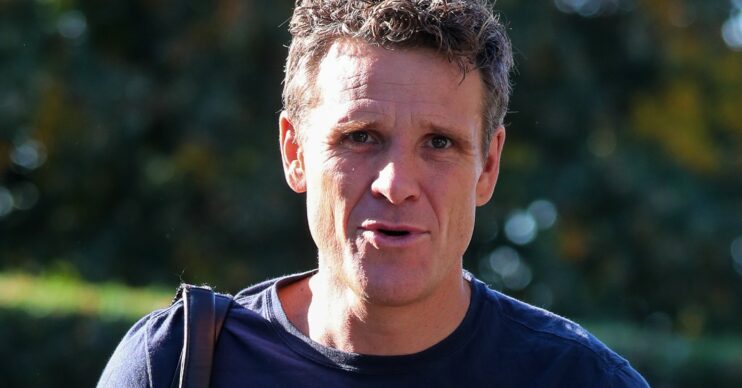 SAS Who Dares Wins: When did James Cracknell have his accident? Does he still row?

The British rower is joining the Channel 4 series

Celebrity SAS: Who Dares Wins is enjoying some Olympic royalty with gold medallist James Cracknell OBE on the show.

It’s not his first time on a reality show, having previously taken part in Strictly Come Dancing.

However, he was the first to be voted off the show, so James, 49, will be glad his luck is better this time around.

So, what else is there to know about the talented British rower?

When did James Cracknell row in a boat race?

In 2000, he rowed with Steve Redgrave, Tim Foster and Matthew Pinsent. In 2004, James was joined by Matthew, Ed Goode and Steve Williams.

During the race, they beat then then-World Champions Canada by just 0.8 seconds.

Two years later, James rowed across the Atlantic with TV star Ben Fogle. It took them 49 days, 19 hours and 8 minutes, coincidentally about the same time that it takes to travel anywhere in London.

The pair wrote a book, The Crossing: Conquering the Atlantic in the World’s Toughest Rowing Race.

In 2018, James took part in Celebrity Island with Bear Grylls. He managed to last all the way until the end.

However, he didn’t have as much success on Strictly the following year when he was kicked off first. It turns out even an Olympic gold medal doesn’t stop you having two left feet!

Is he friends with Ben Fogle?

Ben Fogle and James Cracknell have been friends for almost two decades now.

The pair struck up friendship after rowing across the Atlantic.

Three years later they embarked on a second mission to the South Pole.

What happened to James Cracknell during his accident?

In 2010, James was involved in a terrible accident.

He had a road traffic accident whilst cycling across America.

Following the accident, he was put into a medically induced coma for 10 days and his brain injury left him with lasting epilepsy and frontal lobe damage.

It later led to the breakdown of his marriage to Beverley Turner.

His brain injury altered his behaviour, and in their tell-all book, Touching Distance, James’s ex recalled a shocking violent incident that he can’t remember.

Beverley confessed that James had once grabbed her by the throat and pinned her to the bed.

He said: “I didn’t read it until it was in the book, so I didn’t realise until then, OK, that’s what she was going through.

“I don’t remember the incident,” he added. “Am I really glad she wrote it? No. Did it happen? I’m sure it did. I know it did, though I can’t remember it.”

She petitioned for divorce in 2019 on the grounds of “unreasonable behaviour”.

They went their separate ways eight months after James moved to Cambridge and Beverley felt he was abandoning the family.