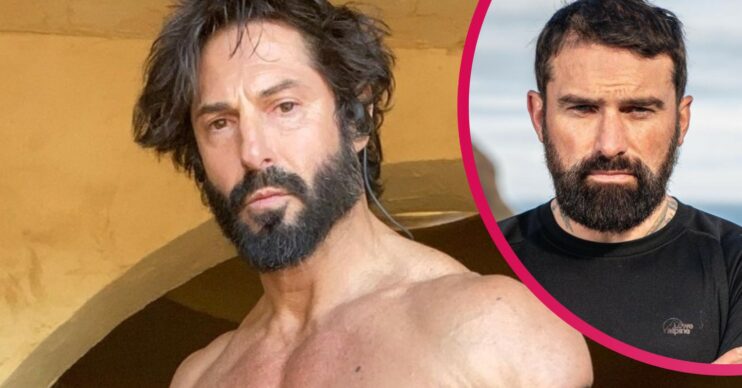 Welcome to the team!

The 50-year-old is one of two new members of the directing staff, following the exit of former US Navy SEAL, Remi Adeleke.

They are joining fan favourites Jason “Foxy” Fox and Mark “Billy” Billingham for the next series, with a new location as well.

SAS: Who Dares Wins is moving from the Scottish Outer Hebrides to the hot and harsh terrain of Jordan.

Both the civilian and celebrity series will be heading over there to see if they have what it takes to become the new recruits.

This time it will be twice as hard, with methods from both the UK and the US.

Do you think we’ll have what it takes?

He also was selected for (and passed) Marine Recon training – an elite fighting force of only 300 troops.

During his deployment, he lead 50 patrols behind enemy lines, serving in Iraq and Afghanistan.

Rudy also has a background in martial arts, learning from a young age while he grew up in care.

He and his two brothers were raised in a childrens’ home, after their grandparents died when he was five.

Rudy would later emancipate himself and raise his brothers by himself in Missouri, with all three learning martial arts.

After leaving the military in 2005, he’s worked in TV and Film, giving his expertise in documentaries and series.

“To be part of SAS: Who Dares Wins – the hardest selection course on television – is one the greatest privileges of my life,” Rudy said.

“And to be named Chief Instructor is a huge honour – made even more rewarding working alongside Billy, Foxy and Remi – heroes on and off screen.”