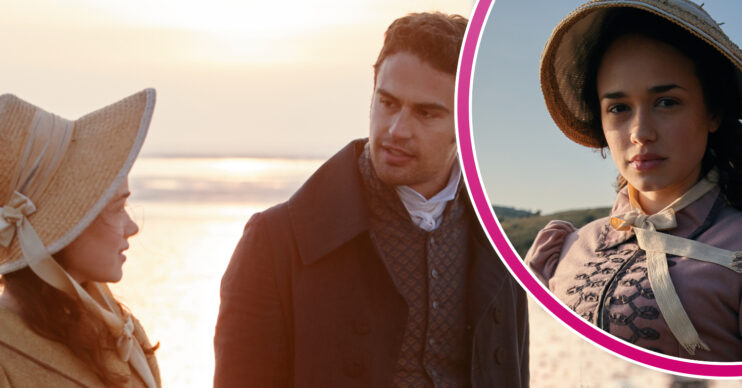 Sanditon on ITV: What happened in season one? A full recap ahead of season 2

If you need a recap of series 1 ahead of the new series of Sanditon this week, we summarise everything here...

Sanditon returns to ITV this Friday for season 2, after releasing on BritBox earlier this year.

But what happened in series one of Sanditon?

Here’s our full recap ahead of the second series…

What was Sanditon series 1 about?

The first series was inspired by Jane Austen’s final unfinished novel of the same name.

It took place in the fictional seaside town of Sanditon, in Sussex, a developing holiday destination in at the forefront of great social and economic change.

But when he and his wife Mary were involved in a carriage accident, they were saved by the Heywood family.

In return for saving them, daughter Charlotte was invited to stay in the seaside idyll of Sanditon.

Charlotte quickly discovered that not everyone was not as they first appeared.

There was the direct but miserly Lady Denham, and the bitter fight between the numerous relatives hoping to inherit Lady Denham’s fortune.

What was the love story in Sanditon?

Like all Jane Austen tales, there was a central love story.

Sidney – played by Theo James – was the most handsome but also wildest of the Parker brothers.

He and Charlotte almost immediately clashed as she honestly shared her opinion of Sidney’s family – he was shocked by her openness and ignorance.

With rival suitors and undeniable chemistry between the two, the show questioned if Charlotte and Sidney could see past each other’s flaws.

Read More: The Control Room ending: What happened in the final episode of BBC thriller?

What else happened in Sanditon season 1?

Series one introduced an ensemble of great characters, based on those from Jane Austen’s novel.

A big storyline revolved around the arrival of Miss Georgiana Lambe, a mixed race heiress from Antigua who was under the aid of Sidney.

She was reluctant to fit into English society, and refused to marry and give up her fortune to a man.

Georgiana bonded with Charlotte, both independent outsiders from Sanditon.

The other big storyline centred on Lady Denham’s relatives, desperate to receive her inheritance.

Step-siblings Esther Denham and Edward Denham were a bit too close, but rivals for Lady Denham’s fortune.

Edward abandoned Esther for Clara Brereton, who teamed up with Edward to burn Lady Denham’s will.

Esther triumphed by marrying the loving Lord Babbington, who courted Esther much to her indifference.

She became the sole air of the Denham fortune due to her marriage.

How did Sanditon series 1 end?

Near the end of Sanditon series one, Sidney Parker finally confessed his feelings for heroine Charlotte Heywood.

However, when an uninsured building belonging to Sidney’s brother Tom Parker burnt to the ground, Sidney made the difficult decision to wed wealthy heiress Eliza Campion instead of Charlotte.

He chose Eliza for the financial good of the Parker family and of Sanditon, in which Tom was invested.

Charlotte and Sidney shared one last passionate kiss before parting.

We last saw a heartbroken and teary Charlotte in a carriage on her way home to her family, leaving Sanditon and her friends there behind.

With such a cliffhanger ending, it’s hardly surprising that fans were gutted when Sanditon was cancelled by ITV after the first season.

Luckily, BritBox saved the show, renewing it for not only one series but two.

Will Theo James return in series two of Sanditon?

No, unfortunately Theo James will not return for the second series of Sanditon.

The actor shared the following statement when BritBox announced the new season.

“Although I relished playing Sidney, I’ve always maintained that his journey concluded as I wanted it to,” he said.

“The broken fairytale-like ending between Charlotte and Sidney is different, unique and so interesting to me.

“I wish the cast and crew of Sanditon every success with future series.”

Some questioned whether Theo James would be re-cast but the Sanditon writers chose to introduce a new love interest for Charlotte instead.

Read More: The Time Traveler’s Wife on Sky Atlantic: Why did Theo James leave Sanditon, and who is his famous wife?

What is Sanditon series two about?

The new series will pick up the action nine months later, as the town is growing in popularity, featuring characters familiar and new.

Determined to not marry, she takes up the role of governess to the wards of Alexander Colbourne.

Charlotte is joined by her younger sister, Alison Heywood, who comes to Sanditon to pursue her own romantic dream.

In her last summer season before turning 21, Georgiana Lambe is keen to forge her own identity and gets up to mischief in the name of love. But could she risk her fortune in finding romance?

Tom Parker strives to rebuild Sanditon but there are many unforeseen issues awaiting him.

While the secrets and lies of the dysfunctional Denhams continue to rock the foundations of the sunny seaside town.

Plus, the second series promises new romances, friendships, and challenges for the residents as the Army make Sanditon their new base, led by the charming Colonel Lennox who catches the eye of Charlotte.

Sanditon returns to ITV this Friday July 22 at 9pm.