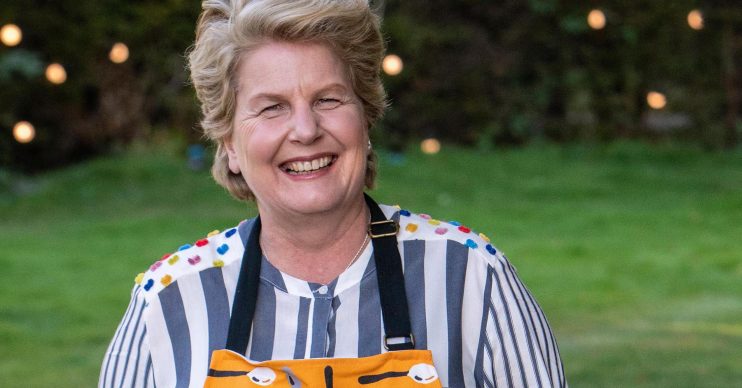 She kept herself to herself on-set

Sandi Toksvig had been ‘desperate to leave for ages’ before she quit the Great British Bake Off, reports claim.

The star, 61, dropped the bombshell yesterday (16.1.20) that she was leaving the show after three years.

All pud things come to an end. The upcoming series of The Great Stand Up To Cancer Bake Off will mark the end of Sandi’s magnificent stint as a presenter on the show. We would like to thank her for all the wonderful memories and wish her the very best for the future. #GBBO pic.twitter.com/aEnEu00fqu

The Sun reports that Sandi, who co-hosts the hit baking competition with Paul Hollywood, Prue Leith and Noel Fielding, ‘often hid in her dressing room’, which ‘sparked tension on the set’.

The newspaper quotes an insider, who said: “The atmosphere on set had been lively and upbeat, but as time went on Sandi seemed to be enjoying it less and less and just didn’t want to get involved.

The atmosphere on set had been lively and upbeat, but as time went on Sandi seemed to be enjoying it less and less and just didn’t want to get involved.

“She spent most of her time hiding out in what looked like a bijou shepherd’s hut she’d had set up, knitting on her own — and quite often grumbling about it all.

“As time went on it sparked some real tensions and everybody felt uncomfortable. By the end of the last series it was obvious she wanted out as soon as possible. The only surprise is she didn’t walk sooner. This has been on the cards for ages.”

In a statement, Sandi said yesterday that: “When stepping down from a job it is quite common for people to say they are doing so in order to spend more time with their family.

“Unusually I am departing from The Great British Bake Off so I can spend more time with my other work.

“As my waistline will testify, Bake Off is an all-consuming show.”

I feel like Tom without Jerry ! Mick without a Keef 🙁 gonna miss yooooooooooooooooo and the wonderful times we got to play together in the tent ! Double acts are rare and magical beast and working with you was a pleasure x x x all my love Mr Noel x pic.twitter.com/nkbuLpvQMs

“I feel like Tom without Jerry! Mick without Keef.

“Gonna miss yoooooooo and all the wonderful times we got to play together in the tent!

“Double acts are a rare and magical beast and working with you was a pleasure.”