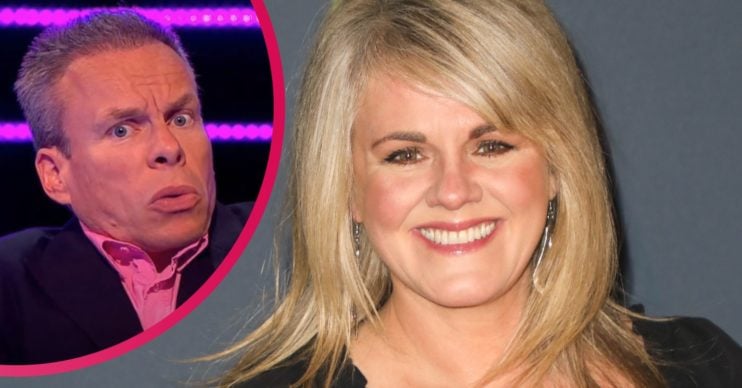 Tenable will have Sally Lindsay as its brand new co-host in 2021, according to an insider.

The Coronation Street actress, who played Shelley Unwin in the ITV soap, will reportedly join longtime presenter Warwick Davis on the programme in the new year.

A source quoted by The Sun claimed that while Warwick loves filming the show, which has aired four series since its launch in 2016, it’s too much for one person to handle.

The insider said: “They record three shows a day, but now Sally will host two and Warwick will host one.

“He really loves the show but it’s so much work for one person.”

Speaking further, the source claimed that Warwick was pleased to have Sally on board and praised the actress as a “brilliant” game show host.

They added: “He was happy for Sally to come on board and she’s absolutely brilliant at it.”

ED! contacted ITV and reps for Sally Lindsay for comment.

In Tenable, a team of contestants plays for a cash prize of as much as £125,000 by filling in lists of 10 items in themed rounds.

He was happy for Sally to come on board and she’s absolutely brilliant at it.

Star Wars actor Warwick has hosted the show since it launched four years ago.

Sally played Shelley in Coronation Street from 2001 until 2006. Since leaving, she has starred in a number of TV shows, including Scott & Bailey, Mount Pleasant, Ordinary Lies and Still Open All Hours.

During an appearance on ITV daytime show This Morning last year, the star didn’t rule out returning to the soap.

Actress ‘loved’ being on Corrie

Addressing rumours of a return that swirled after she was spotted on the set, she clarified: “It’s basically a load of us that have left and have done quite well, we were talking about our memories of the Street and how that set our careers up.

“So I did this little 10-minute interview, didn’t think anything of it. Then the next minute I’m going back to the Street. I was like, ‘That’s the first I’ve heard!'”

However, hosts Phillip Schofield and Holly Willoughby asked if she would ever go back to the cobbles.

And she replied: “Oh gosh, I’d never say never. I loved it, it was brilliant, it still is brilliant.”

Do you think Sally will be a good host on Tenable? Leave us a comment on our Facebook page @EntertainmentDailyFix and let us know.