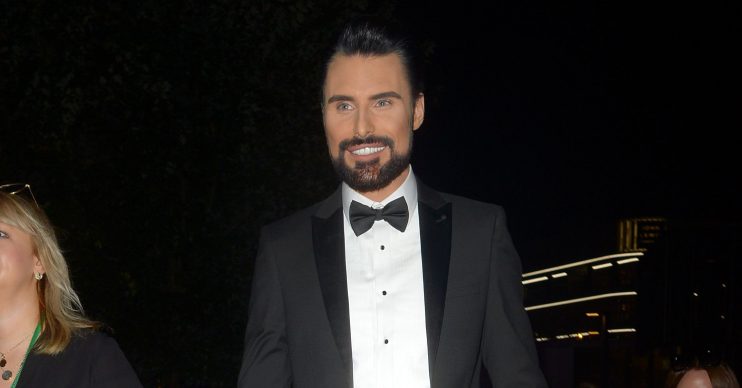 Rylan reveals what happens to the fresh food on Supermarket Sweep

Rylan's going wild in the aisles

All the fresh food used on Supermarket Sweep is donated to food banks, host Rylan Clark-Neal has revealed.

Rylan is hosting a revamped version of the beloved 90s game show with Tesco providing all the products for the studio recreation of one of their stores.

The host has now assured fans that all the perishable produce you see on screen goes to the people who need it – for free.

‪Been waiting a while to say this but it’s finally time to GO WILD IN THE AISLES ONCE AGAIN! Supermarket Sweep is back, and I can’t wait for you to CHECK IT OUT. See you soon on @itv2 #SupermarketSweep ❤️ 🍌🍔🍗🛒🛒🛒🛒🎉🎊‬

In an interview on ITV daytime show This Morning, he spilled: “One thing that is amazing, and I want to make sure people know, is that every few days we donate all the foods to food banks.

“For TV purposes we want it to be looking pristine but there’s still three, four, five weeks on that fresh produce so we donate it.

“All the food is real, we replenish it every three or four days and all of the products that are perishable, but still best before, they don’t go to waste.”

Rylan loved walking around the store himself during filming as it made him feel like a supermarket manager and he has joked that the best thing about being the host is that he gets to steal stuff for his cupboards at home.

He quipped: “I love it, I’m on the rob left, right and centre – I haven’t been shopping for weeks. It’s fantastic. It’s real stuff, I’m in hairspray for life.”

Supermarket sweep was originally hosted by Dale Winton – who died aged 62 in  April last year – from 1993 to 2001 and Rylan, 30 admits he has lot’s of happy memories watching the game show as a child.

He said: “It’s been fantastic. It’s a fantastic show. I grew up on Supermarket Sweep. I remember whenever I used to be ill at home and was off school, I used to love watching it with Dale.”

She will take control of the tannoy, whilst there will be appearances on the series from celebrities such as This Morning husband and wife duo Ruth Langsford and Eamonn Holmes, The Only Way is Essex’ Pete Wicks and Bobby Norris, Love Island’s Maura Higgins and Tommy Fury, Celebs Go Dating’s Tom Read Wilson and Made In Chelsea’s Georgia ‘Toff’ Toffolo.

ITS TIME TO GO WILD IN THE AISLES! #supermarketsweep is back Monday 9th September 8pm on @itv2 🛒🛒🛒🛒🛒🛒

Read More: ITV reveals the acts to appear in the first episode of Britain’s Got Talent: The Champions

Supermarket Sweep will air on Monday September 9 at 8pm on ITV2.

Leave us a comment on our Facebookpage @EntertainmentDailyFix and let us know what you think of this story.