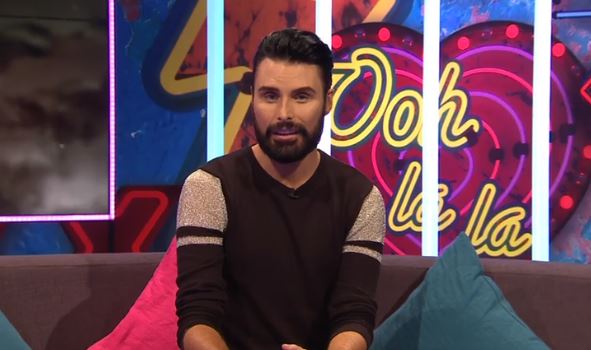 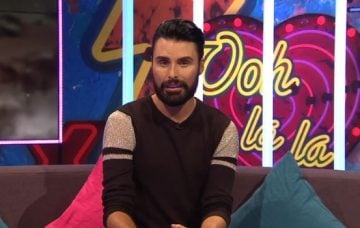 The BOTS host has defied bosses to express his opinion

The presenter, who hosts spin-off show Celebrity Big Brother’s Bit on the Side, risked clashing with the show’s producers to offer his view on the incident.

Taking to Twitter, Rylan said: “I’m gonna get in trouble for this, I’m all for no interfering, no outside contact etc …. BUT SHOW THE HOUSEMATES THE FOOTAGE. There I’ve said it. Praying they will.” 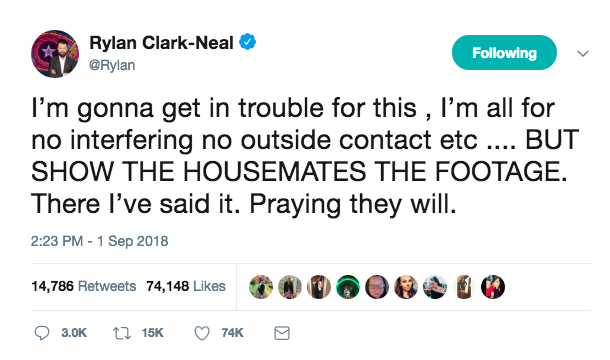 Former Emmerdale actress Roxanne claimed that housemate Ryan punched her in the ribs.

She was left in tears and Ryan, who apologised and said there was no malice intended, received a formal warning from Big Brother.

But Roxanne ended up quitting the show after hearing the live audience shouting for her to leave during Ben’s eviction.

Many fans vented their frustration on Twitter, with one user writing: “Can’t stand #CBB but had to share this, what a manipulative, conniving, poisonous woman she is!”

Another said: “Roxanne says she’s never felt impact like Ryan punching her before. How bad was her car crash for a punch to have more impact? #cbb”

But not all fans were completely on Ryan’s side, with one saying: “I watched the footage slowed down, and you can clearly see Ryan punch Roxanne in ribs, she is very thin, and it would have hurt her.”

After the incident, hawk-eyed viewers noticed that Roxanne appeared to hold the wrong side of her body. Ryan touched her left side but afterwards she clutched her right in pain, fuelling suspicions that she was not being genuine.

The actress’s rep said in a statement after she quit the show: “Roxanne decided to leave the CBB house late last night after deliberating for two days with some sensitive issues she felt strongly about.

Do you think the housemates should be shown footage? Leave us a comment on our Facebook page @EntertainmentDailyFix and let us know what you think.