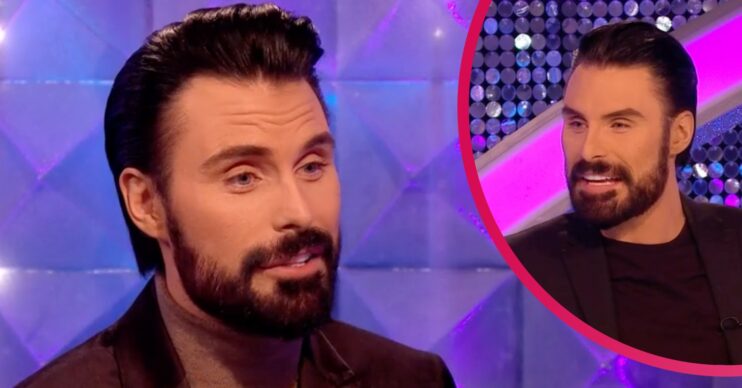 He took time away after break up with husband Dan

Rylan Clark-Neal will return to TV on Strictly Come Dancing spin-off show It Takes Two, a tabloid has claimed.

Telly fave Rylan, 32, has taken time away from the limelight and confirmed his split from husband Dan in June.

But now The Sun reckons he will soon be back on the box as the BBC dance show kicks off again in September.

Where has Rylan been?

Rylan took a step back from Eurovision and BBC Radio 2 presenting duties as his six-year marriage broke down.

He previously said: “I have made a number of mistakes which I deeply regret and have inevitably led to the breakdown of our marriage.”

And then in July the former Big Brother star thanked fans on Instagram for being “patient” with him.

He added he was focusing on his mental health and would be getting back to work “in due course”.

BBC spin off programme It Takes Two will also be presented by dance pro Janette Manrara when it returns.

That’s because former host Zoe Ball announced her departure back in May after a decade in the show.

Despite the big change, Rylan is said to be keen to get back to work.

A source is reported to have told The Sun: “He’s now hopefully to make his return to telly as he’s missed working.”

Rylan Clark-Neal to return to Strictly: It Takes Two?

The unnamed insider also indicated Rylan may be in better form after prioritising his wellbeing.

They claimed: “It’s all looking positive and the team at It Takes Two always have a lot of fun filming. It’s a joyful show to work on.

“Of course, everyone backstage wants what’s best for Rylan and aren’t putting pressure on him.”

ED! has approached a representative for Rylan for comment.