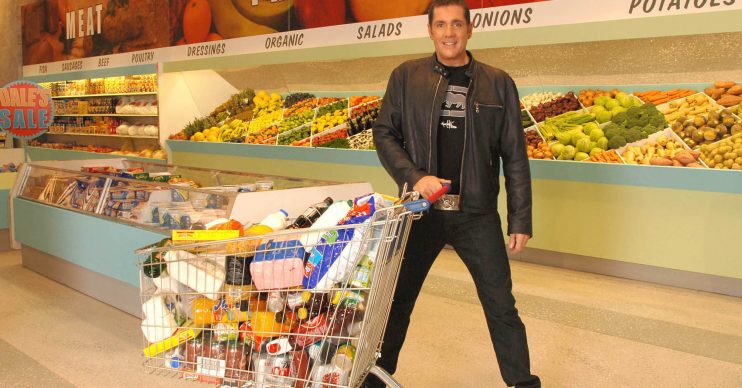 The new series is expected to be aired later this year

Rylan Clark-Neal will host the reboot of Supermarket Sweep.

The 30-year-old television presenter has been chosen to front the classic game show – which was presented by the late Dale Winton from 1993 until 2007 – because producers think his lively personality will bring a touch of the old version.

A source told The Sun newspaper‘s TV Bizarre Column: “It was felt that nobody else was better suited to take over the role which was synonymous with Dale for so long. Rylan has a personality that will allow him to conjure up all the campery of old while still making the role his own.”

The new series, which is made up of 20 episodes, will run from Monday to Friday in a primetime slot over four weeks later this year.

Rylan had been dropping hints about his new television gig since last year when he posted a picture on Twitter of documents featuring the rebooted show’s new logo.

The paper work featured the former X Factor star’s picture and the new logo, as well as a tease about the rebooted programme.

It read: “It’s time to go wild in the aisles once more as the classic Supermarket Sweep returns bigger, funnier, and wilder than ever before!”

He then added fuel to the fire a few months later when he admitted that there had been a conversation with producers about bringing the game show back.

He said at the time: “I don’t actually know.

“I know there’s been a discussion about it. Of course, I’d love to do it!

But players must also answer pop culture questions and solve puzzles based on the products and merchandise found in the supermarkets around the world.

The show concludes in an all-or-nothing trolley dash, where the successful team have to beat the clock and hunt down items hidden among the supermarket aisles

Are you looking forward to the revival of Supermarket Sweep? Leave us a comment on our Facebook page @EntertainmentDailyFix and let us know!