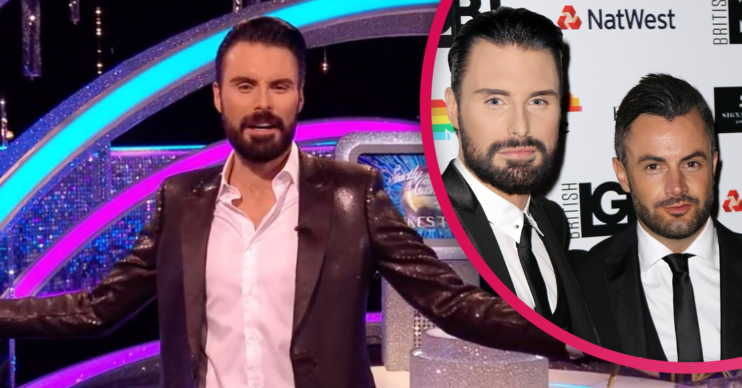 Rylan Clark-Neal has reportedly made his biggest move yet to distance himself from his estranged husband Dan.

TV presenter Rylan recently returned to work after taking a five-month break to try and save his marriage.

Dan and Rylan tied the knot in November 2015.

However, with the pair reportedly now deciding to split for good, Rylan appears to be making a bid for a fresh start.

Rylan Clark-Neal distancing himself from his husband

According to a TV insider, the It Takes Two presenter has requested that the BBC drops his last name.

“He thought it was best to have a fresh start and the easiest way to do that was to go back to just one name,” a source told The Sun.

“He didn’t want to make a big fuss – just to change it on screen.”

Read more: It Takes Two host Rylan Clark-Neal jokes about petrol shortage and admits: ‘I’ve been through enough this year’

During the latest episode of the show, Rylan was credited with his just first name, and his Twitter accounts have been altered to do the same.

It marks the latest move from Rylan after he recently stopped wearing his wedding ring.

What has Rylan said about his marriage?

Rylan publicly referenced his split earlier this month when he stepped out at the Attitude Awards in London.

During a speech on-stage, he poked fun at his newly single status.

“Sorry, I was a little bit distracted,” he explained. “I was trying to download [gay dating app] Grindr.

Later on in his speech, he called the last four months “the toughest of his life” and appeared to be praising pal Claire Richards for her support.

Meanwhile, a source close to the former couple revealed recently that their friends had been hoping their pair could salvage their marriage.

An insider told Mail Online: “Things were looking so good and like they were back together. They hoped they could avoid divorce, but it’s now looking like the only way forward.

“Many around them were desperately hoping they can win the battle to save their relationship.

Are you sad about Rylan Clark-Neal and his husband? Leave us a comment on our Facebook page @EntertainmentDailyFix and let us know.