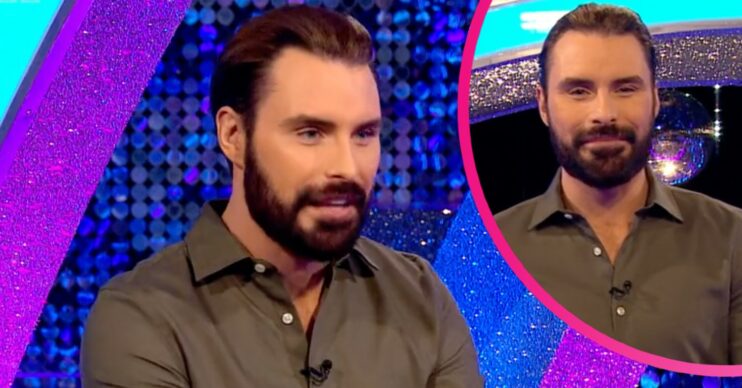 The star looked a little different

Rylan Clark distracted Strictly viewers with his appearance as he presented the show’s spin-off, It Takes Two.

The 33-year-old star – who co-hosts the show alongside Janette Manrara – was joined by a number of Strictly contestants last night (November 29).

But it was Rylan‘s hair that appeared to get the most attention.

On Monday night, Rylan sat down with the show’s latest evictees Tilly Ramsay and Nikita Kuzmin.

The pair were axed from the programme on Sunday after facing the dance-off.

Tilly told Rylan: “I’m so sad that it’s over but I’m also celebrating what we’ve done these past 10 weeks, it’s been amazing.

“I just want to look back on it so positively because that’s what it was.

“I watched back our week one dance the other day and then watched this dance, and I was like, was that me?”

John Whaite and Johannes Radebe also appeared on the show.

How did Strictly viewers respond?

However, some viewers couldn’t help but comment on Rylan’s hair.

The star – who usually sports jet black hair – appeared to have lighter locks.

Taking to Twitter, one commented: “What’s happened to @Rylan hair on It Takes Two tonight? Ditched the black hair dye?”

Rylan’s hair seems to be getting lighter!

A second added: “Have John and Rylan both got different coloured hair or is it just my eyes? #Strictly #ITT.”

Another asked: “#ItTakesTwo has @Rylan changed his hair colour?”

Have John and Rylan both got different coloured hair or is it just my eyes? #Strictly #ITT

@rylan hair seems to be getting lighter as the show goes on!

A fifth shared: “@Rylan hair seems to be getting lighter as the show goes on!”

Meanwhile, one pointed out that Rylan changed his hair colour last week.

It comes after Rylan recently poked fun at his split from former husband Dan Neal.

Last week, the star hosted an audience in London where he said he needs to “spend his money” before their divorce.

The Sun reports that at the bash, Rylan made it known that he paid for the drinks behind the bar.

“I’ve paid for the drinks myself,” he said. “So knock yourself out. I thought I’d spend it before …”