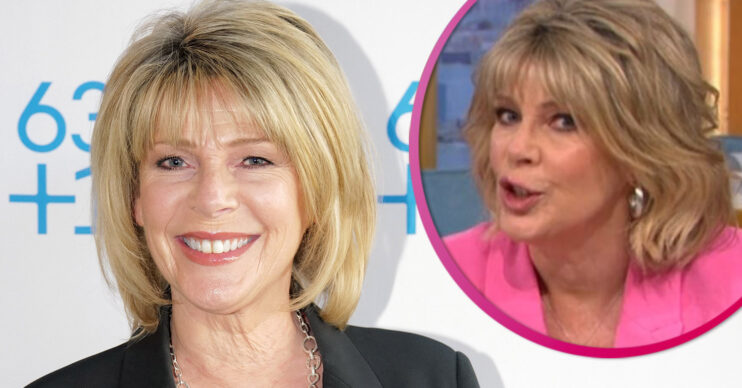 Ruth Langsford wows fans with new hairstyle on This Morning

Ruth Langsford wowed viewers with her new hairstyle on This Morning on Monday (July 19).

The popular host drew extra attention from viewers today as she and husband Eamonn Holmes went on air filling in for Phillip Schofield and Holly Willoughby for summer.

Ruth, 61, certainly gave her counterpart a run for her money in the style stakes today – and it’s a look that was well-received by all.

She debuted a new wavier hairstyle – which fans of the show loved.

The change of tempo for the day saw Ruth getting endless tweets about how fabulous she looked.

It wasn’t just the presenter’s hair that caused a stir among Twitter users. Her outfit also scored her some points with the audience.

The youthful casual chic look was a big hit with her audience who were gushing over her appearance.

One keen fashionista stated: “Is that a River Island blazer that Ruth’s wearing today? Her hair is a lot better looking too. Love the white Capri pants and blazer. Looks good.”

Another quipped: “I’ve got to say how lovely Ruth looks this morning. Very glam.”

Read more: How long are Eamonn Holmes and Ruth Langsford hosting This Morning

Ruth is no stranger to trying out new looks, as often seen on her QVC show and Instagram.

You can catch Eamonn and Ruth on This Morning, weekdays from 10am on ITV.

What do you think of ruth’s new look? Let us know by heading to our Facebook Page @EntertainmentDailyFix and leaving a comment!