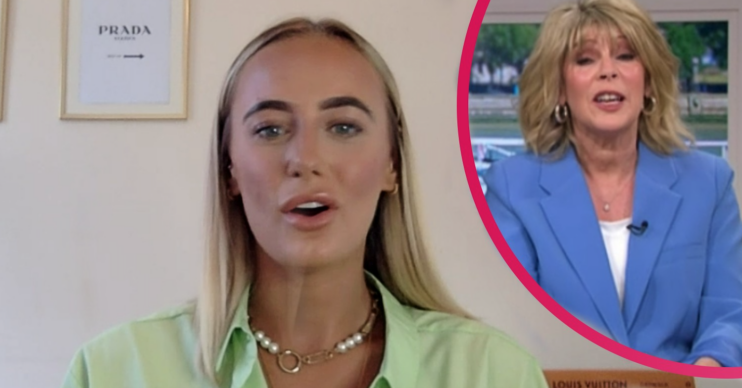 The Millie and Liam interview on This Morning today (Friday, August 27) got off to a bad start when Ruth Langsford made an awkward blunder.

However, things didn’t go quite to plan.

This Morning Millie and Liam interview – what went wrong?

Millie and Liam were involved in a dramatic storyline when Liam snogged another contestant – Lillie – in Casa Amor.

Ruth’s co-presenter Eamonn made light of the incident.

He said to the couple: “Before you’re too hard on him, Millie and Lillie sound alike and you look alike.

“In fairness, it could be have been a mistake that anybody would have made.”

Ruth then said that Millie “obviously doesn’t think that” before confusing the two in her next question.

Millie and Lillie are both gorgeous but you don't want to be compared to the girl your partner cheated on you with! Poor Millie! 😭 #ThisMorning

As Ruth corrected herself, viewers were beside themselves and took to Twitter.

Another wrote: “Millie and Lillie are both gorgeous but you don’t want to be compared to the girl your partner cheated on you with! Poor Millie!”

Aw, they couple are loved up!

Despite Liam’s Casa Amor faux pas, the two were properly loved-up on the show.

“I find our personalities are on par, our sense of humours are, y’know… we’re the exact same people.

“She’s obviously amazing to look at… and the way I feel about her I haven’t felt that way for anyone else before.