The emotion spilled over when she admitted that she desperately missed her mum.

The Loose Women had been discussing when they last had a good cry. 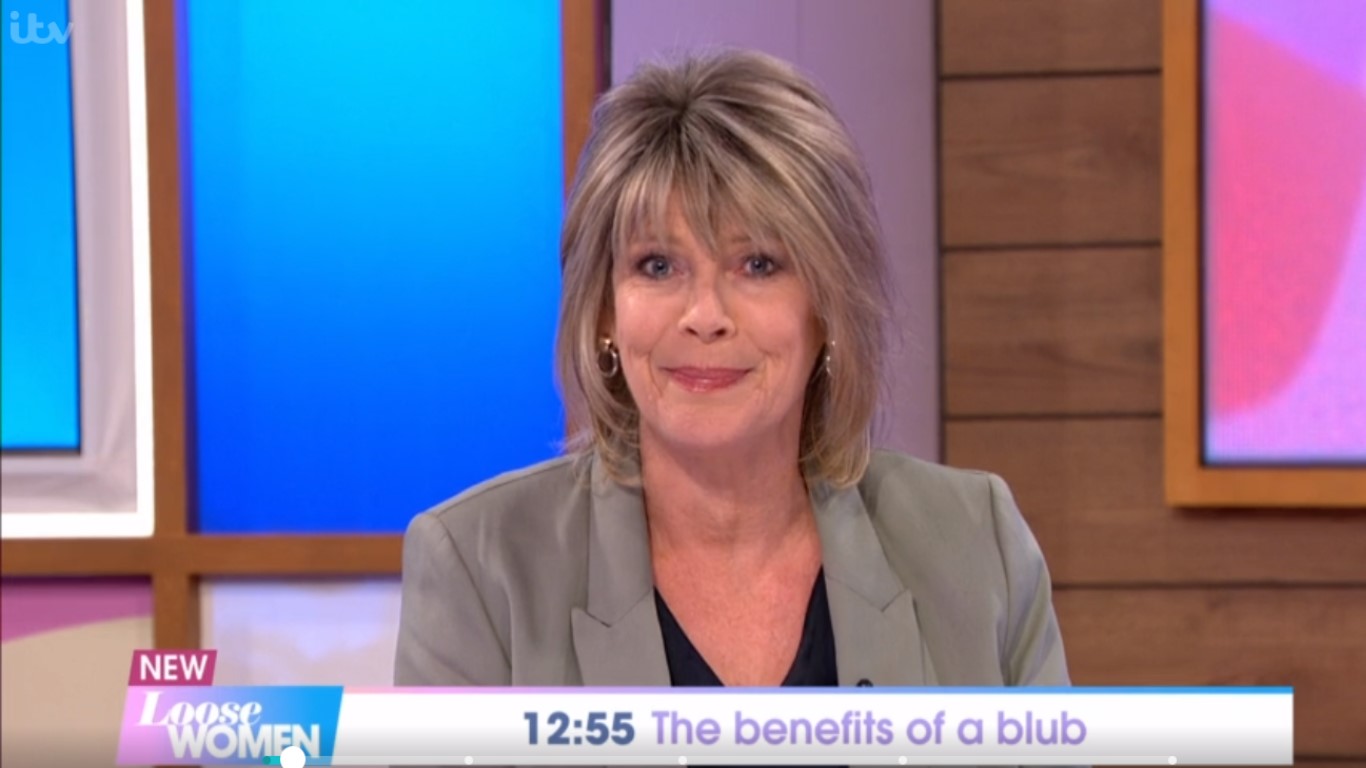 The Loose Women discussed the benefits of a good cry today (Credit: ITV)

They discussed how sometimes crying can be a release - and lockdown has exacerbated this.

Firstly, Stacey Solomon said she sometimes cries in front of her sons.

While she was growing up, her mum hid her tears from the rest of the family and she didn't want to be the same.

But she said it was tough, as her sons didn't know how to react. 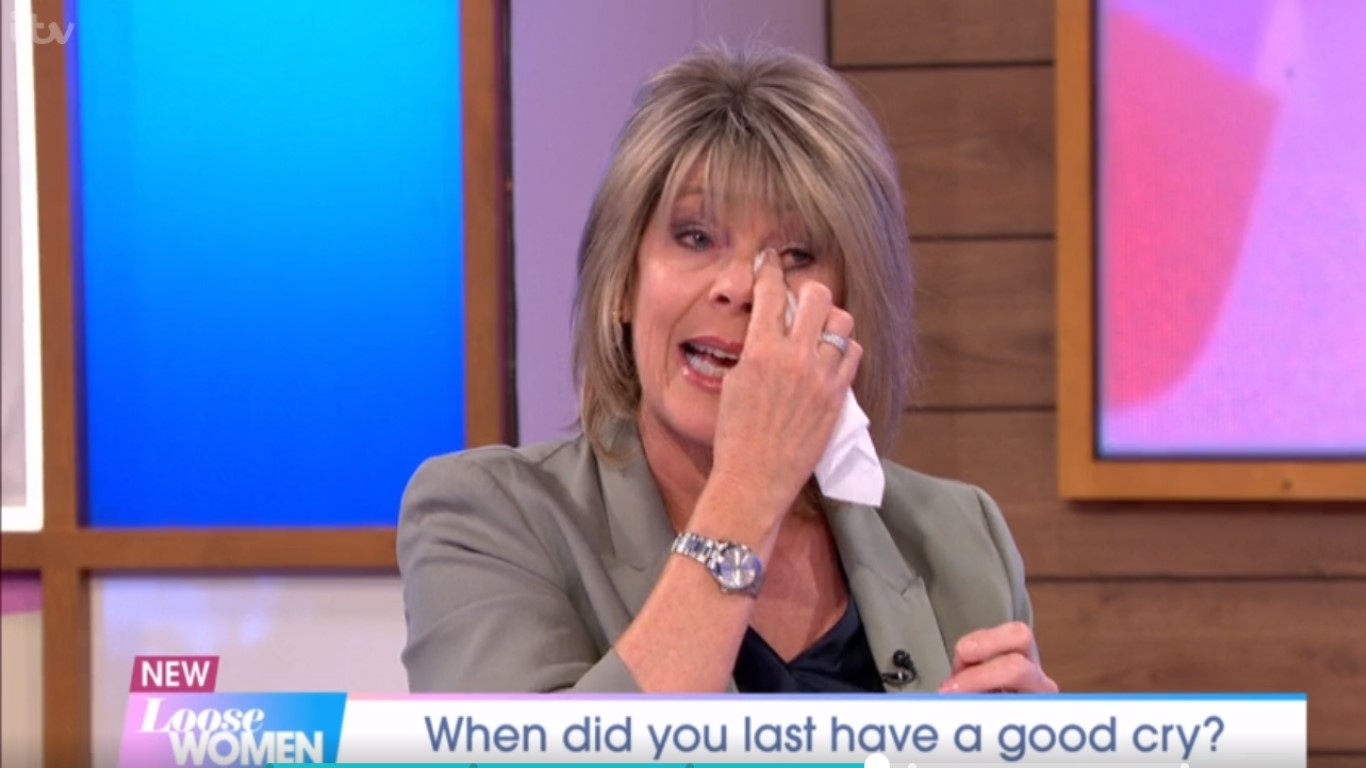 Ruth's emotions got the better of her (Credit: ITV)

Crying in the kitchen

Ruth went on to say that the first time she saw her father cry was when he found out her grandfather had died.

She added that she had a "little cry in the kitchen" the other day.

'It's all right to cry, because I've just done it on the telly.'

It was after she had been on the phone to her parents.

She had a little cry about missing her mum and dad - and then realised her son Jack was there.

When she turned round, he saw that she had been crying.

That memory set her off again - and it wasn't long before she was dawbing at her eyes with a tissue. 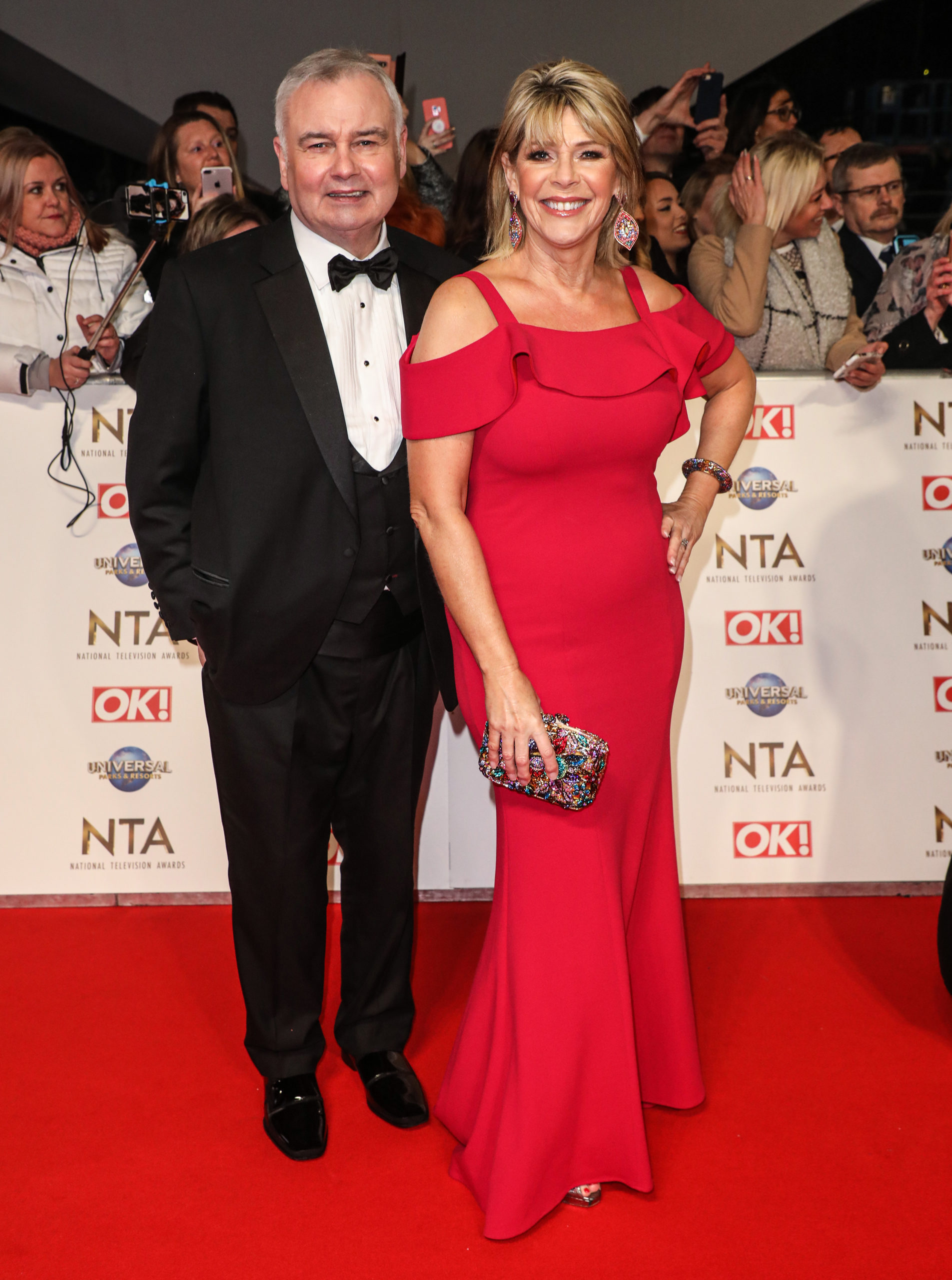 Ruth has been married to Eamonn Holmes since 2010 (Credit: Splash News)

"It's ok to express it, it's really important, isn't it?" said Nadia, reassuring her.

"I think sometimes we underestimate how strong our families are."

Ruth added that the experience had taught her it is better not to hide things from your kids.

"They can cope better than we think," she agreed. Nadia added that children often "know you are sad anyway".

She said it was okay for them to not know what to do. What an emotional exchange!

We hope you felt better for letting it all out, Ruth.

What do you think - is it better to soldier on in front of children, or should you let your emotions show? Go to our Facebook page @EntertainmentDailyfix and leave a comment to let us know.