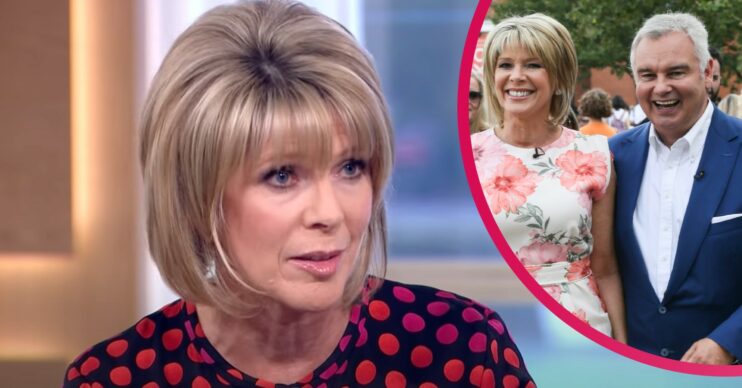 She's still a familiar face on the ITV show

Ruth Langsford has spoken out about her role on This Morning following husband Eamonn Holmes’ departure.

The presenter is set to return to the ITV programme without her hubby, a spokesperson recently confirmed.

And now, Ruth has finally addressed her position on the show.

Ruth Langsford on Eamonn Holmes and This Morning

The star spoke to Best Magazine about her ongoing role.

Ruth, 61, told the publication: “I’m still at ITV, with This Morning and Loose Women.”

She also heaped praise on husband Eamonn, 62, following his departure from the show.

Ruth added: “I’m thrilled. It’s what he does best. He’s always been very entertaining on This Morning – Eamonn can turn his hand to anything.

“He’s a total news junkie. I’m very proud of him. Yes, no more This Morning together – but it doesn’t mean there aren’t other projects we can do together.”

ITV recently confirmed that Ruth will remain on This Morning.

Following news of Eamonn’s departure, a spokeswoman for ITV said: “We would like to wish Eamonn all of the very best in his new role.

“As a duo, Eamonn and Ruth have been part of the This Morning presenting team for the last 15 years and we thank Eamonn for all of his hard work and contribution to the show.”

Ruth’s message of support to Eamonn

Meanwhile, it comes days after Eamonn made his debut appearance on GB News on Monday (January 3).

The broadcaster joined co-host Isabel Webster for the first episode of the channel’s new Breakfast with Eamonn and Isabel.

Shortly before he took to screens, Ruth shared a sweet message of support to her husband.

“Back doing what he does best. I’ll be watching… hope you will too @gbnewsonline @isabelwebstertv #gbnews #breakfastshow.”

During a discussion on Eamonn’s chronic illness, the star went on to explain the impact the condition is having on her husband.

Ruth said: “I think you feel that maybe you’re a bit of an inconvenience or burden. You know, a lot of people don’t want to be a burden on anybody.”

It followed shortly after Eamonn – who is suffering from back pain – detailed his struggles in a recent interview.