TV's Ruth Langsford feared she had 'done her back in' on today's This Morning.

The presenter took part in a yoga session with instructor Finlay, who performs 'kilt yoga'.

Finlay explained he cycles to remote locations to do yoga and posts it online for people to follow during lockdown. 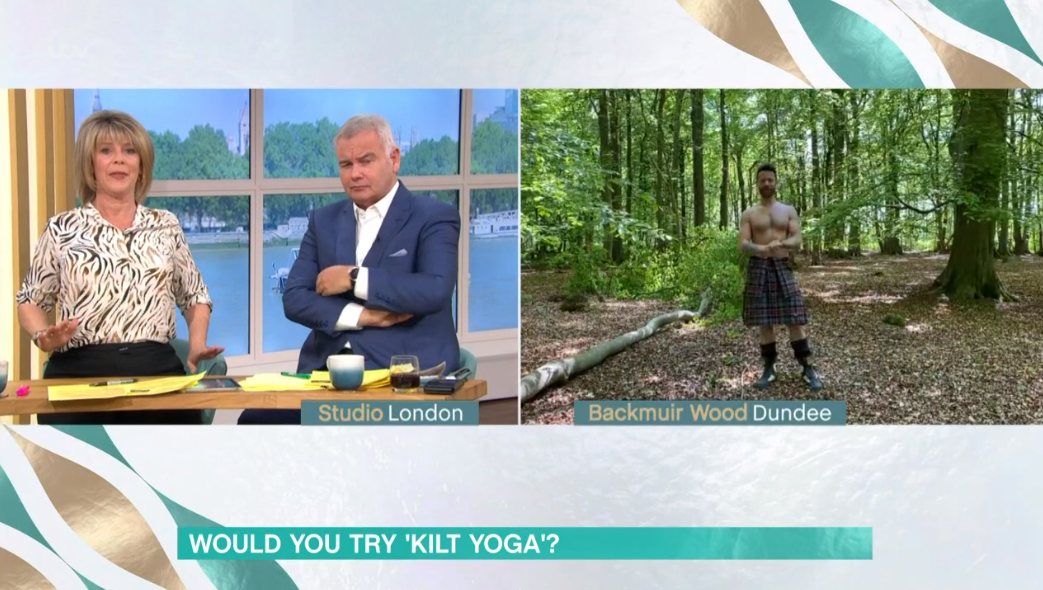 Ruth Langsford feared she had 'done her back in' on today's This Morning (Credit: ITV)

Read more: Ruth Langsford forced to step in and 'correct' expert on This Morning

He said: "We have had people tuning in from all over the world. That has been amazing to have people connecting in that way.

"Getting up and doing some exercise and mindfulness during the turbulent times we're in right now is grounding."

Finlay then demonstrated some yoga moves for beginners and Ruth got involved.

He said: "Take a deep breath in and bring your arms up," as Ruth followed. 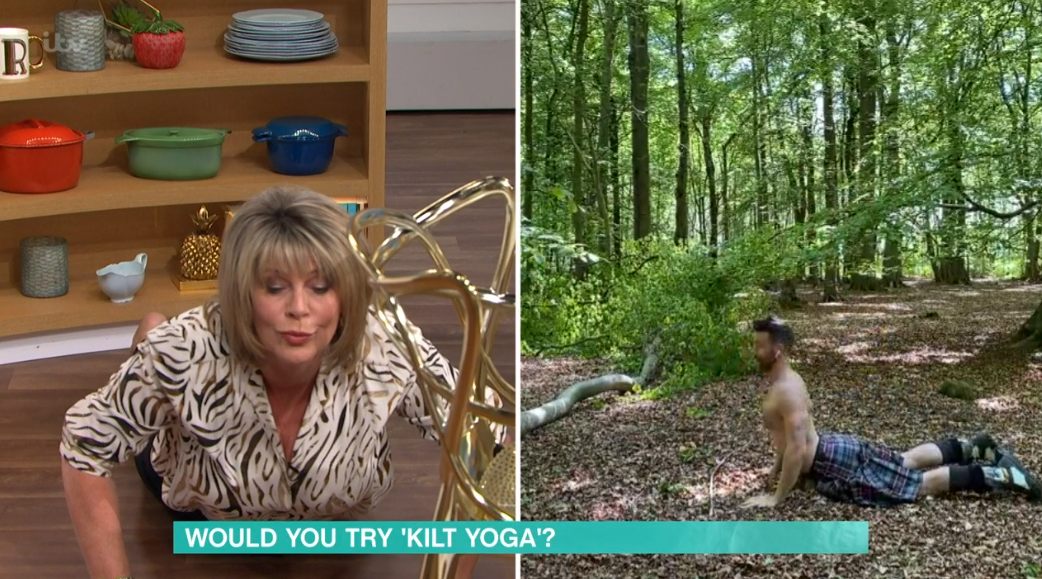 She said: "Oh God," as she struggled to follow Finlay's pace.

One move was to bring her leg in front of her arms.

That's quite hard. I can feel that stretch.

Grabbing her back, she said: "That's quite hard. I can feel that stretch."

Finlay then performed a handstand as he flashed his rainbow pants. 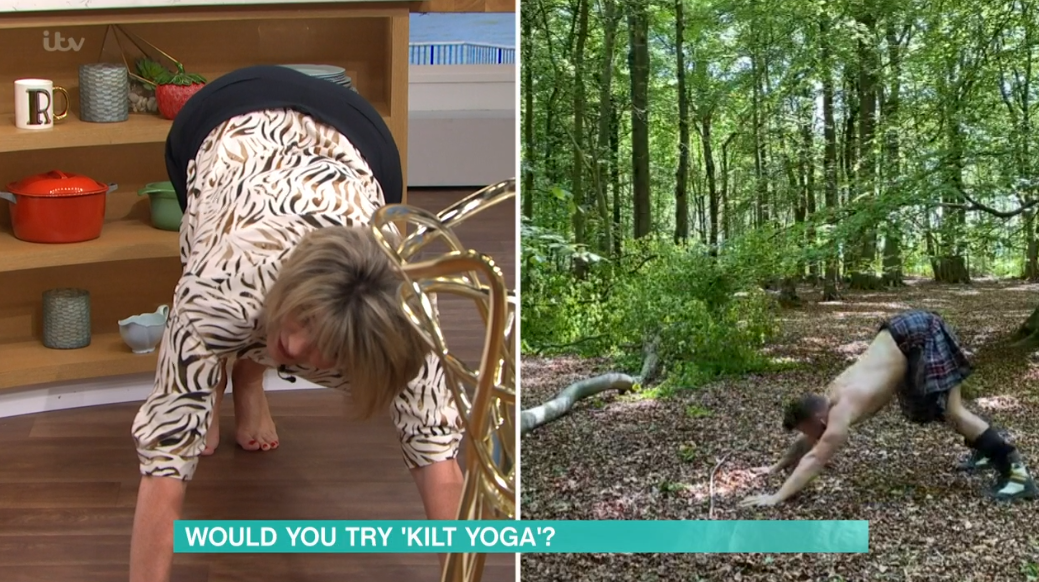 Ruth worried she had hurt her back during the routine (Credit: ITV)

Ruth added: "It's brightened up our day, you and our little rainbow. I might have done my back in now but I'll go home and stretch it out."

That's one way to panic Eamonn and Ruth! 🙊

Tune in to This Morning now to see Finlay do some 'kilt yoga', and hopefully not flash! Watch here 👉 https://t.co/RrKzNQupK8 #ThisMorning pic.twitter.com/ojAufHWmeb

One person said on Twitter: "Well done Ruth, I would have done it with Mr #Outlander too."

A third tweeted: "Careful Ruth, you won’t get back up again! #ThisMorning."

Careful Ruth, you won’t get back up again! #ThisMorning

Meanwhile, others were left gushing over Finlay in his kilt.

One person added: "Well Finlay has certainly convinced me now to consider taking up yoga #ThisMorning."

Another said: "Loved that guy in the kilt doing yoga!"

Loved that guy in the kilt doing yoga! 😍😄 #ThisMorning

One wrote: "Thanks Ruth and Eamonn for the gorgeous kilt man! #ThisMorning."

Thanks Ruth and Eamonn for the gorgeous kilt man! #ThisMorning