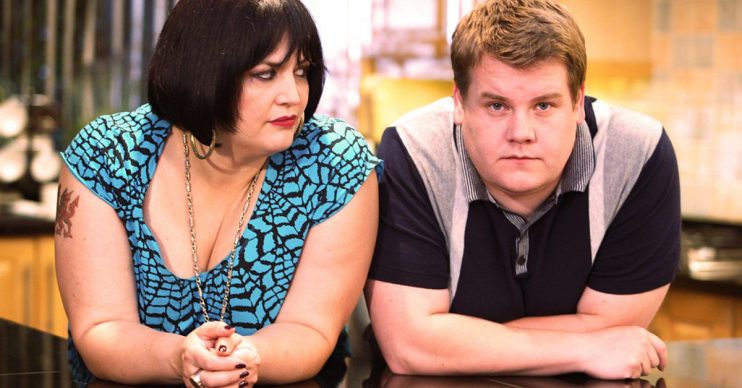 Ruth Jones says the Gavin and Stacey Christmas special is “in the can” and ready to go.

The 53-year-old actress-and-scriptwriter and co-creator James Corden reunited to bring back the beloved BBC sitcom for a one-hour festive episode almost 10 years after Series Three ended.

Ruth insists the the shoot went very smoothly and she can’t wait for everyone to see it when it airs on BBC One on Christmas Day (15.10.19).

Speaking to BBC Wales, she said: “It’s all done and dusted, kippers and custard! It’s in the can, as they say. It was really good fun, it was a very smooth shoot. It was gorgeous to see everybody again.”

Ruth admits the reaction they got from the locals when they were shooting on location in Barry was “insane” and she revealed she often went out in the Welsh town in character which was great fun because she spoke to fans in her character Nessa Jenkins’ rude tone.

She said: “Being in Barry was insane, we had the best welcome ever. It was quite handy because I just went in character and just talked everybody like Nessa, which was great because I could just be rude. I’d just go,

‘Oh, love, what you doing here? Back off!’ I loved that because you could just hide behind rudeness.”

Although details of the storyline for the special are being kept under wraps, Larry – who plays Gavin’s dad Mick Shipman in the show – has promised fans they will get “everything they want” from the reunion.

The 72-year-old actor said: “As far as I’m concerned the one thing that they’ve managed to do is very clever – because everybody’s waiting for it.

“Everybody’s been going on about it for 10 years, it was just at the point I was going to have a tattoo on my forehead saying ‘I don’t know, don’t ask!’ And then I get a phone call from James Corden … They’ve rolled it on and there you are 10 years down the line, everything you want is gonna be there.”

BBC One will be hoping for a repeat of the ratings the 2010 New Year’s Day Gavin and Stacey episode pulled in with 10.25 million viewers tuning in to see if Smithy would stop Nessa’s wedding.